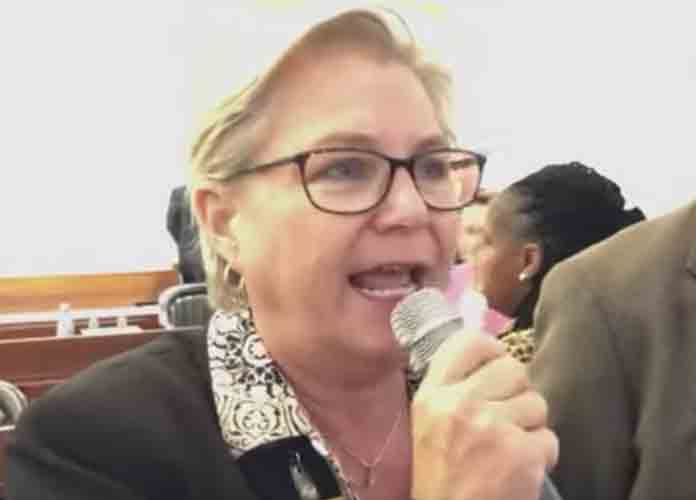 Butler, Rep. Mary Belk (D) and other Democratic state legislators angrily objected to their GOP counterparts’ surprise vote. Democrats accused Republicans of deceptive behavior after the party, which leads North Carolina’s state House, initially said there would be no votes held in the chamber’s session on Wednesday morning. However, the state House ultimately voted 55-9 to override Cooper’s veto on the 18th anniversary of the September 11 terror attacks.

Butler furiously stood up on the North Carolina House floor Wednesday to repeatedly shout “I will not yield!” and accuse GOP House Speaker Tim Moore and his fellow party members of “trickery.”

“Mr. Speaker, you are making a mockery of this process,” Butler said fervently. “You are deceiving all of North Carolina. Your leadership is an embarrassment to the history of this great state.”

“If this is the way you believe democracy works, shame on you,” she told Moore later.

“Our leadership is not present. This is improper,” Butler also said, adding “There’s no one here, because we have been deceived.”

Butler also said in an interview on CNN that she believes North Carolina Senate Democrats will manage to block a veto overturn. Republicans, who hold 29 of the 50 seats in the state Senate, would only be missing one vote to override the governor’s veto.

Moore denied North Carolina House Republicans ever issued a statement saying no votes would be taken up on Wednesday.

“That allegation is simply not accurate,” the state’s House Speaker said of Democrats’ claims.

“Today, on the 18th anniversary of 9/11, while the state was honoring first responders, Republicans called a deceptive, surprise override of my budget veto,” Cooper said.

Cooper had vetoed his budget bill in June, saying it had the “wrong priorities.”  The Democratic governor said he believed North Carolina should be allocating more resources to public education and health care instead of giving tax breaks to large corporations.