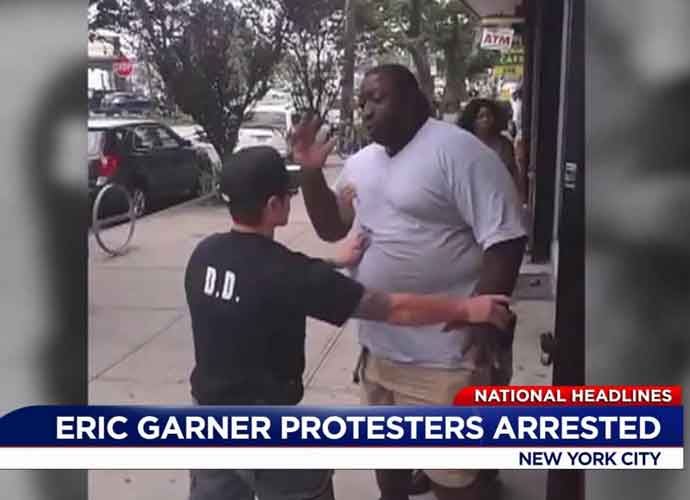 Eric Garner confronted by police before his death (Image: YouTube)

The state Supreme Court’s Appellate Division upheld the New York Police Department’s decision to fire Daniel Pantaleo, the officer involved in the 2014 death of Eric Garner. A five-judge panel ruled that, due to evidence pointing to Pantaleo’s reckless behavior, firing the officer was an appropriate decision.

Nonetheless, the panel rejected the appeal, stating that there was “substantial evidence” showing that Pantaleo “recklessly caused injury to Garner by maintaining a prohibited chokehold for 9 to 10 seconds after life-threatening circumstances were no longer present, thereby disregarding the risk of injury.”

After Garner’s 2014 death, Pantaleo was stripped of his gun and put on desk duty; however, he still managed to keep his six-figure salary, according to city records.

Additionally, despite eventually being fired in 2019, Pantaleo managed to evade legal consequences for his actions for several years after the deadly incident. A grand jury declined to charge Pantaleo, and the NYPD delayed starting its internal disciplinary process due to a federal civil rights investigation, which ultimately yielded no charges against Pantaleo.

Footage of Pantaleo placing Garner in a choke-hold, which ultimately resulted in his death, as Garner cried, “I can’t breathe” sparked a new wave of activism that pushed for police reform.

The death of George Floyd, which occurred last May, also served as the impetus for a resurgence of the Black Lives Matter movement. Floyd even repeated Garner’s tragic words as a Minneapolis officer held a knee to his neck, ultimately leading to his death.