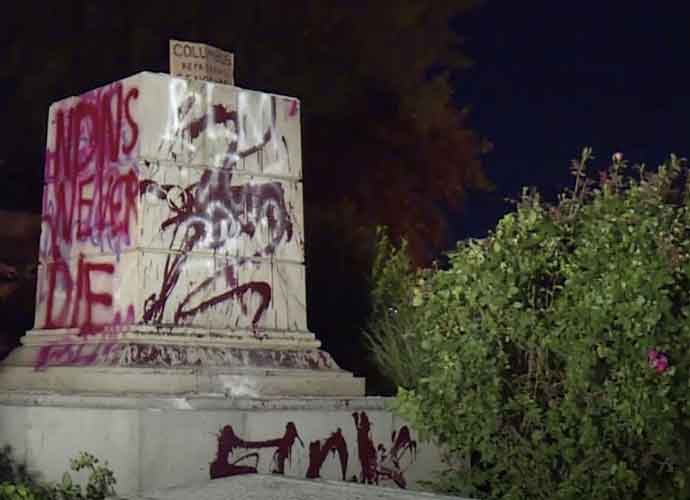 Protesters targeted Christopher Columbus statues in Boston and Richmond on Tuesday night taking a stand if solidarity with the indigenous people.

Hundreds of protests have taken place across the United States this week, decrying ongoing racial inequality and police brutality in the country following George Floyd‘s death in Minneapolis last month.

In Richmond, protesters claimed that minorities in the country are still being marginalized by white supremacy and noted that it was Columbus who first brought racism on the continent.

Discussions regarding the removal of the statues are happening across the states.

On Thursday, Gov. Andrew Cuomo (D-New York) made a controversial announcement that he doesn’t plan to remove New York City’s statue of Christopher Columbus due to its prominence for Italian American descent, including himself.

“I understand the feelings about Christopher Columbus and some of his acts, which nobody would support,” said Cuomo. “But the statue has come to represent and signify appreciation for the Italian American contribution to New York. For that reason, I support it.”