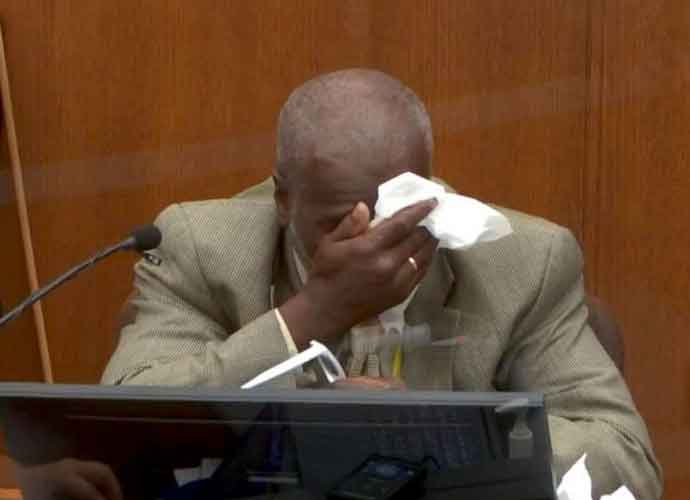 Charles McMillian, Witness At George Floyd Murder Trial, Breaks Down On Stand: ‘What I Watched Was Wrong’

The third day of the murder trail against former Minnesota police officer Derek Chauvin featured several of the bystanders Chauvin’s defense painted as an “agitated crowd.”

Re-watching footage of the May 2020 killing of George Floyd, bystander Charles McMillian fought back tears. McMillian can be seen taking off his glasses and wiping tears. McMillian shouted at Floyd to get up and get into the nearby police car. “I was trying to help him,” but Floyd was “in and out,” he said. McMillian says Floyd had foam coming out of his mouth.

“I knew then in my mind, in my instinct, it was over for Mr. Floyd,” McMillian told prosecutor Erin Eldrige. “He was dead.”

Footage showed McMillian confronting Chauvin after Floyd was taken by ambulance from the scene. McMillian said to the then-officer that he didn’t understand what he had done. “That’s your perspective,” said Chauvin before leaving the scene. “What I watched was wrong,” said McMillian.

The several witness testimonies from Chauvin’s trial furthered the prosecution’s claim that the officer had several opportunities to lift his knee from Floyd’s neck. Witnesses pleaded with Chauvin, who looked back at them with a “cold” and “heartless” demeanor, according to witnesses. McMillian’s testimony was not cross-examined by the defense, one of the few bystanders not questioned by Chauvin’s lawyers.