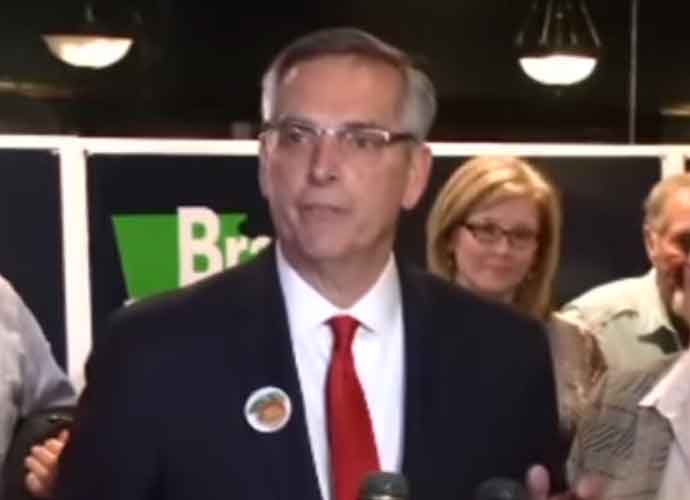 Neither Barrow, a former Congressman, nor Raffensperger had won over 50 percent of the vote during the midterm election, necessitating a runoff race. However, more than 3.8 million ballots were cast on Nov. 6, and Raffensperger lead Barrow then by roughly 16,000 of them.

President Donald Trump endorsed Raffensperger last month during the race, urging early voters to vote for him. Trump tweeted his support by saying Raffensperger would make for “a fantastic Secretary of State,” one who would “work closely” with Kemp. In a follow-up tweet, Trump claimed Raffensperger is a supporter of the military and he would be “tough on Crime and Borders.”

Brad Raffensperger will be a fantastic Secretary of State for Georgia – will work closely with @BrianKempGA. It is really important that you get out and vote for Brad – early voting….

….starts today, election is on December 4th. @VoteBradRaff is tough on Crime and Borders, Loves our Military and Vets. He will be great for jobs!

Kemp was previously Georgia’s Secretary of State, now leaving the position to Raffensperger. The Gov.-elect scored a victory in a close race against Democrat Stacey Abrams. During their race, Kemp notably expressed concerns about voter turnout and reportedly abused his position as Secretary of State to prevent around 53,000 people from voting.

Abrams challenged Kemp over these allegations, suggesting he should resign. Kemp, however, was unmoved, claiming voter registration went up under his tenure and even accused Democrats of hacking the polls.