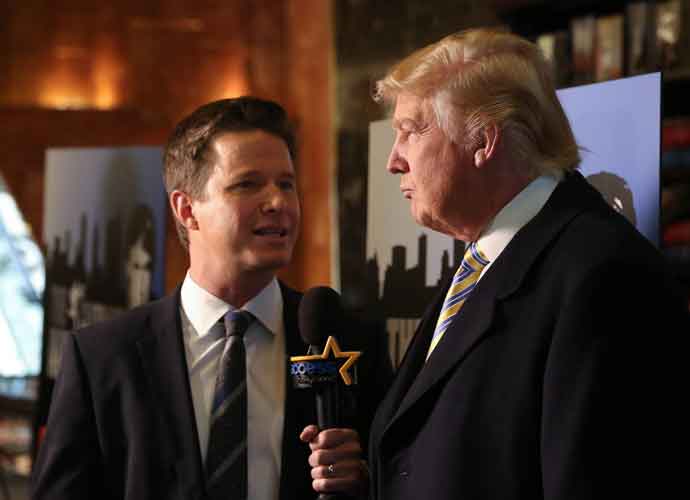 Donald Trump has insinuated over the past week that the infamous Access Hollywood video was somehow fabricated.

BILLY BUSH RESPONDS TO TRUMP: “YES, YOU SAID IT.”

During the 2016 election, a video came out from a 2005 Access Hollywood hot mic of Trump admitting to groping women without their permission. His line, “grab them by the p—y” originated in this video. Of course, when the video came out during Trump’s campaign, the then-presidential-candidate dismissed his words as “locker room talk.” Last week, however, the president was cited on at least two occasions saying that the video was fake.

Billy Bush, who was present in the video and who lost his job at NBC because of it, has responded to Trump’s claim in a New York Times op ed. “He said it. ‘Grab ’em by the pussy.’ Of course he said it,” Bush wrote. “Along with Donald Trump and me, there were seven other guys present on the bus at the time, and every single one of us assumed we were listening to a crass standup act. He was performing. Surely, we thought, none of this was real. We now know better.”

More than a dozen women have accused the president of sexual assault and harassment since he began his presidential campaign. Bush recounts how he believed Trump was putting on an act to get a few laughs out of the guys on the truck. But after hearing what some of Trump’s accusers, including Natasha Stoynoff, Rachel Cooks, Jessica Leeds, Jill Harth, and Kristin Anderson, had to say, Bush realized that Trump’s words were not harmless. “[Harth’s story] makes the whole ‘better use some Tic Tacs’ and ‘just start kissing them’ routine real. I believe her. Kristin Anderson said that Mr. Trump reached under her skirt and ‘touched her vagina through her underwear’ while they were at a New York nightclub in the 1990s. That makes the ‘grab ’em by the pussy’ routine real. I believe her.”

Bush also used his essay to remind readers that he was not a supporter of Trump’s campaign for presidency. “In the days, weeks and months to follow, I was highly critical of the idea of a Trump presidency,” he wrote. “The man who once told me — ironically, in another off-camera conversation — after I called him out for inflating his ratings: ‘People will just believe you. You just tell them and they believe you,’ was, I thought, not a good choice to lead our country.”

At the essay’s end, Bush spoke directly to American women. “This moment in American life is no doubt painful for many women. It is especially painful for the women who have come forward, at the risk of forever being linked to one event, this man, this president of the United States. (I still can’t believe I just wrote that.),” he said. “To these women: I will never know the fear you felt or the frustration of being summarily dismissed and called a liar, but I do know a lot about the anguish of being inexorably linked to Donald Trump. You have my respect and admiration. You are culture warriors at the forefront of necessary change.”