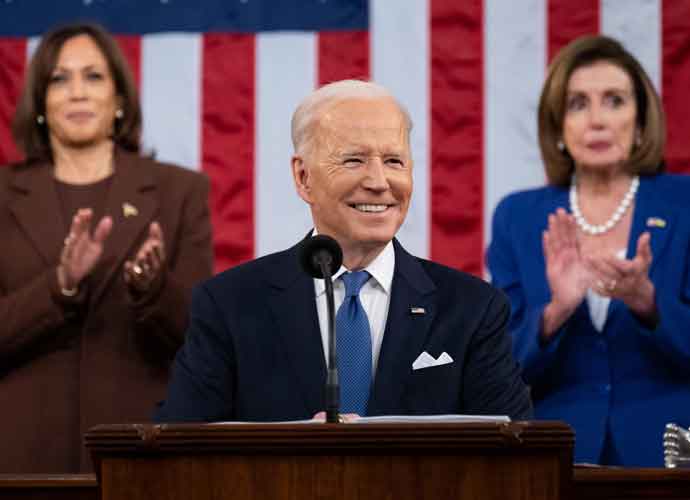 Biden Slams Putin In State Of The Union, Bans Russian Aircraft From U.S.

President Joe Biden delivered the State of the Union address on Tuesday night and began by discussing Russia’s recent invasion of Ukraine. Biden said Russia’s President Vladimir Putin “sought to shake the very foundations of the free world,” by invading the country, “thinking he could make it bend to his menacing ways, but he badly miscalculated.”

He praised the “determination” of Ukrainian citizens who have resisted the Russian force’s advances and introduced Ukraine’s ambassador to the United States, Oksana Markarova, to a standing ovation from both sides of the aisle.

Biden added, “Throughout our history, we’ve learned this lesson: when dictators do not pay a price for their aggression, they cause more chaos, they keep moving.” He said in support of America’s and other countries imposing sanctions on Russia, “Putin is now isolated from the world more than he’s ever been,” and that these sanctions will “weaken Russia’s military for years to come.”

He also said that the Department of Justice will be pursuing Russian oligarchs in collaboration with European allies to seize assets related to their profiting off Russian conflicts. He also committed to closing off American airspace to all Russian flights.

While he had lots of harsh words for Putin, Biden also reiterated his point that the U.S. military, “will not engage in the conflict with Russian forces in Ukraine.” He noted that U.S. forces were going to Europe to “defend our NATO allies in the event that Putin decides to keep moving west … with the full force of our collective power.”

Most of Biden’s actions in response to the Ukraine invasion have been praised by his fellow lawmakers, but this State of The Union comes at a difficult time for the president as the 2022 midterm elections loom. Many of Biden’s key legislative promises have been indefinitely stalled, and his administration will need to consider new strategies to boost his low approval rating.