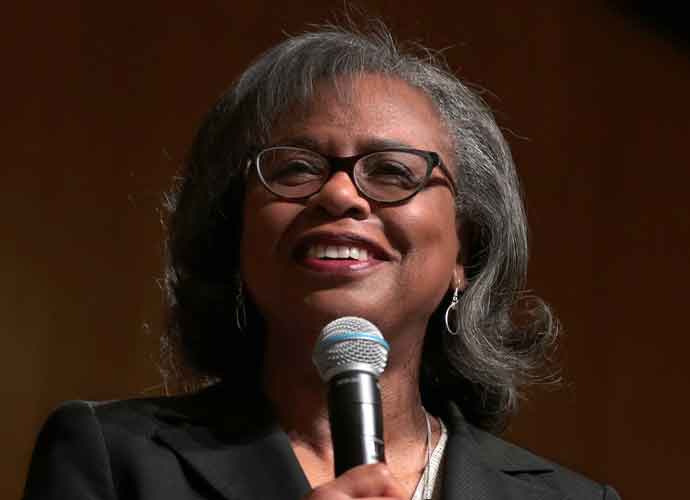 Professor Anita Hill sat before the Senate Judiciary Committee in 1991, accusing then-Supreme Court nominee Clarence Thomas of sexual harassment while the two worked at the Equal Employment Opportunity Commission. Despite her valor in coming forward, Thomas was ultimately confirmed to the Supreme Court.

Today, Hill sees parallels between her experience with Thomas and with Christine Blasey Ford‘s with current Supreme Court nominee Brett Kavanaugh. Hill hopes the United States government does not repeat its previous mistake.

Hill wrote a powerful op-ed piece in The New York Times, which she begun by saying, “There is no way to redo 1991, but there are ways to do better.” Hill explained how in her case, “the Senate Judiciary Committee had an opportunity to demonstrate its appreciation for both the seriousness of sexual harassment claims and the need for public confidence in the character of a nominee to the Supreme Court. It failed on both counts.”

She notes that “some of the same members as nearly three decades ago” remain on the committee that failed her and how said committee “still lacks a protocol for vetting sexual harassment and assault claims that surface during a confirmation hearing.” However, she observes that people are more conscious of sexual harassment, which in turn should correlate to higher accountability from government officials. As this also pertains to the Supreme Court, Hill wishes to preserve its integrity.

When speaking of how the Senate Judiciary Committee can perform a better job this time, she proposes four ideas:

Ford currently is hoping for an FBI investigation before her scheduled hearing.