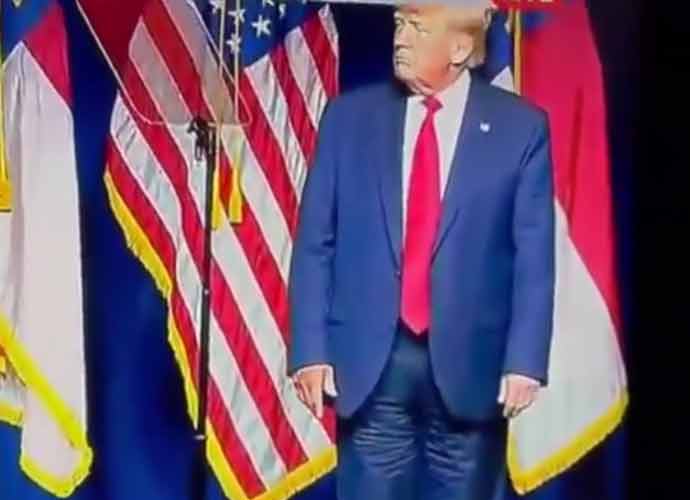 Former President Donald Trump gave his first public address since January at the Republican convention in North Carolina on Saturday, but many chose to focus on his pants instead.

The speech, which lasted a total of 90 minutes, covered an array of disjointed topics such a defending Russian President Vladimir Putin and asking for credit for developing the vaccine. He also demanded that China pay reparations following the allegations that COVID-19 was leaked from a lab inside Wuhan, China.

Still, many focused on Trump’s pants when a video surfaced that made it look like the former president had put them on backwards.

One day you’re president of America, the next you’re just some guy who wears his trousers backwards so he can take a shit out of the flies pic.twitter.com/ExLQFRwEUS

Quickly, conservative sources took to Twitter to defend the former president and many users claimed the video was doctored.

Thousands of anti-Trump people are tweeting a false claim about the former president’s pants. Great work, excellent use of time https://t.co/FZAdIvruL4

In many photographs, it appeared that Trump is indeed wearing his pants the right way forward.