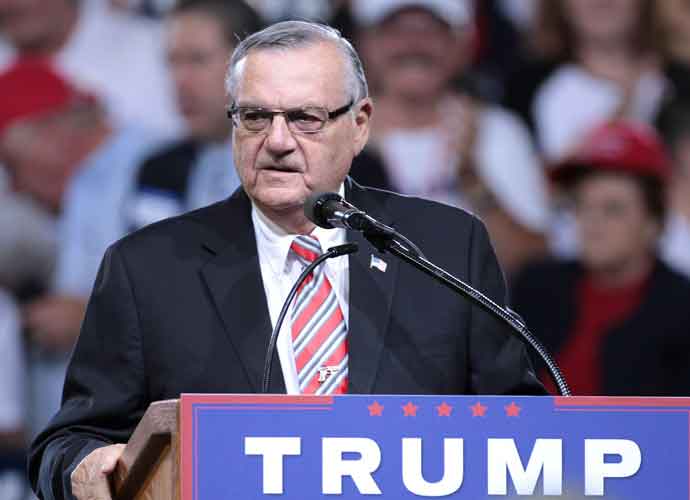 After Being Pardoned By Trump, Former Sheriff Joe Arpaio Will Run For Reelection In 2020

Former Arizona Sheriff Joe Arpaio (R-Arizona) announced that he would seek reelection as Maricopa County Sheriff, two years after President Donald Trump pardoned him. He had been charged with two counts of contempt regarding his over-the-top tactics to crack down on undocumented migrants.

Arpaio said that he wants to reinstate his most controversial policing tools, including building a “tent city,” an outside jail where prisoners work in pink underwear.

On Sunday, when he announced his campaign, Arpaio echoed Trump with the slogan, “Make Maricopa County Safe Again.”

“Throughout his time as sheriff, Arpaio continued his life’s work of protecting the public from the scourges of crime and illegal immigration,” the White House statement read at the time of his pardoning.

Arpaio said, “Once back in office, I will use my position to restore pride to our law enforcement ranks, not only here, in the fourth-largest county in America, but across the country.”

The current Sheriff Paul Penzone (D-Arizona) is also expected to run for reelection. Penzone first challenged Arpaio in 2012 and lost, but won in 2016 ending Arpaio’s 24-consecutive years in the job.