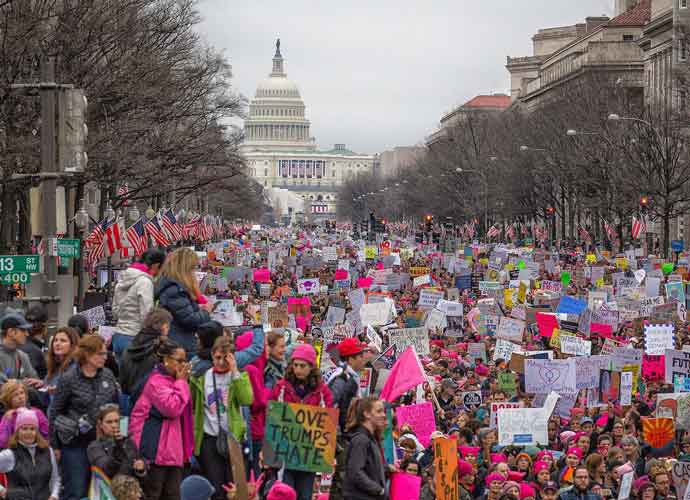 Women's March on Washington in January, 2017

Over 600 rallies are planned nationwide Tuesday evening to support the impeachment of President Donald Trump.

The “Nobody Is Above the Law” rallies will occur the night before the House of Representatives is expected to vote on the two articles of impeachment brought against Trump: abuse of power and obstruction of Congress.

Ezra Levin, co-founder and co-executive director of Indivisible, one the groups organizing the rallies told MSNBC’s Rachel Maddow on Monday that these events could affect members’ votes, as they always are thinking about reelection in the back of their minds.

“Every single member wakes up every morning thinking ‘how am I going to get reelected?’ and the answer to that question is you got to convince your constituents that you’re one of the good folks in Congress,” Levin said.

Impeach.org describes the events “visible, family-friendly, public gatherings to demonstrate to our lawmakers that their constituents are behind them to defend the Constitution—and that Trump has left them no alternative to uphold their oath of office but to support impeachment and removal.”

The rallies are scheduled to take place at 5:30 p.m. local time, but that time may vary by location.

Indivisible’s core mission is to support a grassroots movement of local groups in order to push progressive policies, and Levin believes local rallies create a sense of community and lasting impact.

“This is fundamentally a movement that is led at the local level,” Levin said. “And the reason why it has had the impact that it has had, the reason why it is still going three years on, is because people got together to fight against the Trump agenda, but they stayed together because they built these communities of folks who were supporting each other.”