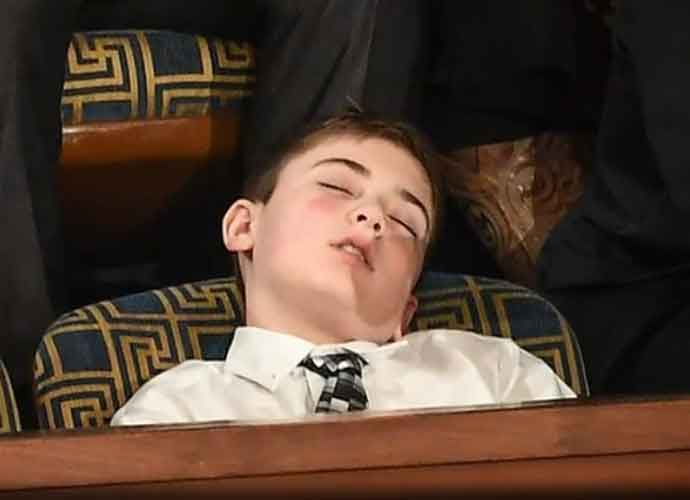 Joshua Trump, 11-Year-Old Guest Of President Who Fell Asleep During State of the Union, Gets His Viral Moment

Joshua Trump is an 11-year-old from Delaware. Although he isn’t related to President Donald Trump, sharing his last name has caused the boy to be bullied at school.

His mother, Megan, spoke of the hardships her son has endured in school last December. “They curse at him, they call him an idiot, they call him stupid,” she explained. “He said he hates himself, and he hates his last name, and he feels sad all the time.”

First Lady Melania Trump invited him to the president’s State of the Union address, making him one of the 13 people the Trumps invited to the event. During the speech, the young Trump sat with the First Lady and Grace Eline, a cancer survivor.

However, the middle school student appeared to have fallen asleep during the address, drawing the attention of those on social media:

According to a statement the White House issued on Monday, Joshua was “thankful to the First Lady and the Trump family for their support.”