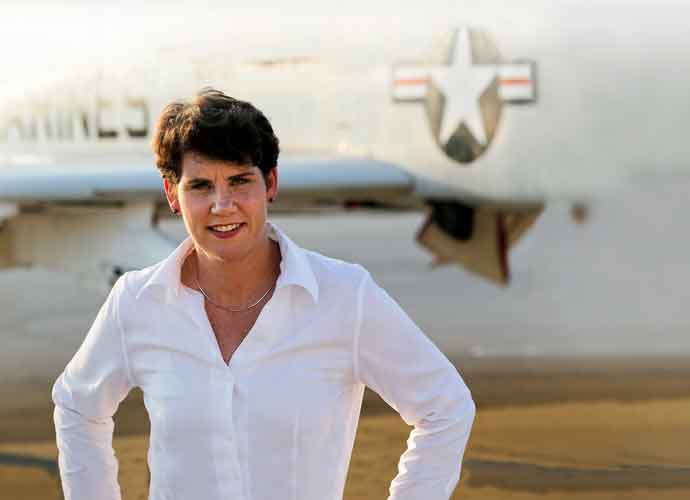 Amy McGrath, a Kentucky Democrat and former fighter pilot who lost a House race last year announced that she will be running against Senate leader Mitch McConnell in 2020 in what could be one of 2020’s most expensive races.

“Everything that’s wrong with Washington had to start someplace,” said McGrath in a video launching her campaign. “Well, it started with this man who was elected a lifetime ago, and who has — bit by bit, year by year — turned Washington into something we all despise, where dysfunction and chaos are political weapons, where budgets and health care and the Supreme Court are held hostage,” she said of McConnell.

McGrath ran for the House of Representatives in 2018 but was defeated by GOP Rep. Andy Barr, losing 51 to 48 percent in a district that Trump had won by 15 points in 2016. McGrath’s near victory in a state that was dominated by the president three years ago indicates the level of her appeal to Kentucky voters. The former pilot was able to raise $8 million through online donations, a support base which she will be able to tap into again during her run for Senate.

McConnell will be difficult to unseat, as his incumbent status grants him many privileges that McGrath lacks. As the Senate Majority Leader, McConnell can bring a level of power and importance to Kentucky that would not be rivaled by a rank-and-file Democrat such as McGrath. Additionally, the senator has all the power of the Republican establishment behind him, ensuring that his campaign chest will be overflowing with funds that can be used against McGrath.

McConnell first entered the Senate in 1984 and became the Republican leader two decades later in 2007. Since then he has terrorized the Democrats, opposing any sort of liberal measure that the House passes, and vowing to immediately quash any potential impeachment trial that reaches the Senate. He has become the boogeyman of many Democrats’ nightmares, taking the blame for all sorts of Republican tactics, such as the GOP’s refusal to give Merrick Garland a hearing to become a Supreme Court justice after the death of Justice Antonin Scalia in 2016.