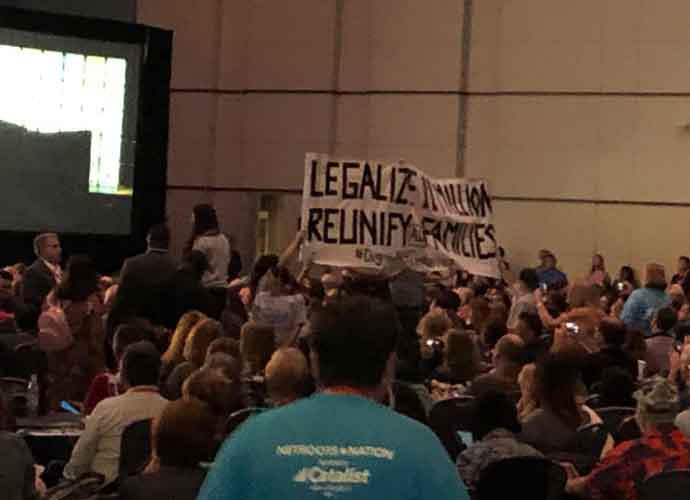 Democratic presidential candidate Sen. Elizabeth Warren (D-Mass.) promised to “investigate the United States government for crimes” committed during the Trump administration’s border crackdown. While speaking at the Netroots Nation candidates’ forum in Philadelphia, Warren told the audiences that she was outraged by the conditions seen at migrant detention centers at the U.S.-Mexico border. “My administration will investigate the United States government for crimes,” Warren declared.

Warren’s speech was briefly drowned out by protestors chanting about legalizing migrants living in the U.S. After Warren’s speech, nearly half the audience left before Washington Gov. Jay Inslee spoke.