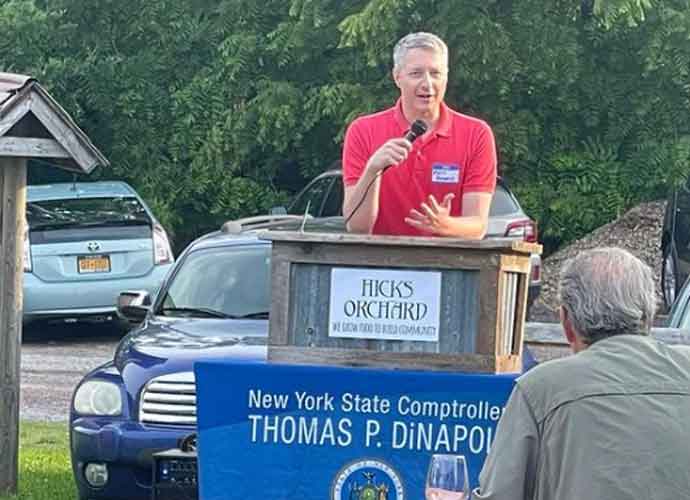 Matt Putorti, a young Democratic lawyer from upstate New York, is hoping to take a seat in Congress from Rep. Elise Stefanik (R). Stefanik, a rising star in the Trump-era Republican Party, became the third most powerful Republican in the House of Representatives after the party removed Rep. Liz Cheney from her leadership position for voting to impeach former President Donald Trump after the Jan. 6 Capitol riots. Critics have mocked Stefanik’s opportunism and raw ambition in shifting her public persona from moderate to die-hard Trumpist.

Putorti sat down with uPolitics to discuss his campaign and what he hopes to accomplish if he wins.

“The issues that are important to people here are good-paying jobs that respect the dignity of the worker, that will either lift people out of poverty or keep them in a solid middle-class life,” he told uPolitics’ Founder Erik Meers. “Access to affordable healthcare, good education and the environment.”

Putorti went on to say that he believes that his district can battle both the climate crisis and the need for good jobs at the same time by creating environmentally friendly work in their hometown.

“There is a great opportunity for those green jobs to be done here, and so you are combatting two things at once,” he said.

Putorti believes that he will be able to defeat Stefanik by creating a coalition of voters across both political parties as well as voters who don’t affiliate with either party.

“As I run into people on the street, or have gone to events, people are energized by this,” he said. “People are really dissatisfied with what Elise is doing, and I think it will be a coalition of people who ultimately defeat Elise.”

You can learn more about Putorti on his campaign website.