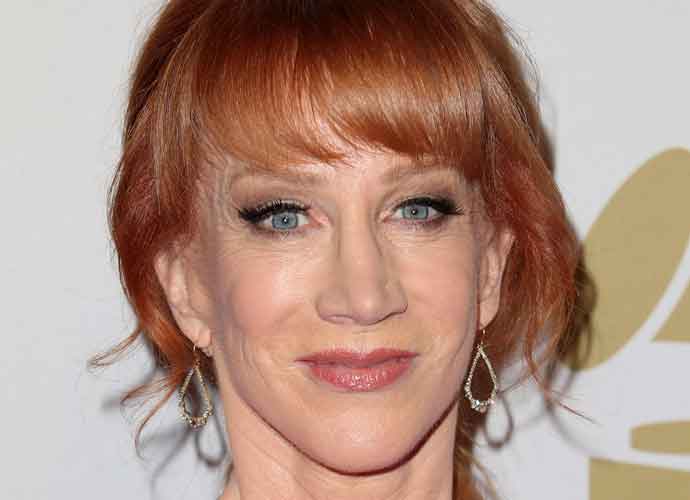 Kathy Griffin On Donald Trump's Impeachment: “Everything Will Come Out”

Kathy Griffin On Potential Of Donald Trump’s Impeachment: “Everything Will Come Out”

When asked if she believes President Donald Trump will be impeached, comedian Kathy Griffin asserted that “everything will come out” during a recent discussion with uInterview.

She remarked that “one of the things that’s funny” is that the president’s unraveling would be his own doing given that “he’s so sloppy.”

While promoting her ongoing “Laugh Your Head Off” Tour, Griffin recounted her experience being thrust into the national spotlight, after she posed with a bloodied Trump mask in a photo that quickly went viral. After the image was released, Griffin was subject to a federal investigation by the U.S Secret Service before being “completely exonerated” last year. Despite the gravity of the situation, Griffin was still able to make light of it all. During the interview, she pointed out the absurdity of the investigation, characterizing it as “unprecedented” and absolutely “nuts.”

“To be put under a real live 2-month federal investigation… because they were thinking of charging me with, wait for it, conspiracy to assassinate the President of the United States,” joked Griffin. “It just all became so crazy.”

Griffin also affirmed her belief that Trump had personally asked for the federal investigation. She noted that Trump must have had the time to squeeze in the phone call given that “he’s not doing a lot of president-ing.”

“When I went over seas and played 15 countries and 23 cities and I was detained at every airport because I’m still on the INTERPOL list, I have to think that its coming from somebody pretty freaking far up high.”

Following the image’s strong backlash, Kathy was forced to cancel her domestic tour and take her wit abroad after a number of U.S. venues received security threats over hosting the comedian. She also reported receiving death threats herself after being made “the latest in the wood chipper of the right wing media.”

Griffin apologized for the stunt only to later retract the statement, claiming “the whole outrage was B.S.” during an appearance on the Australian show Sunrise.

“Stop acting like my little picture is more important than talking about the actual atrocities that the president of the United States is committing,” she said.

Check out the exclusive interview with uInterview below: