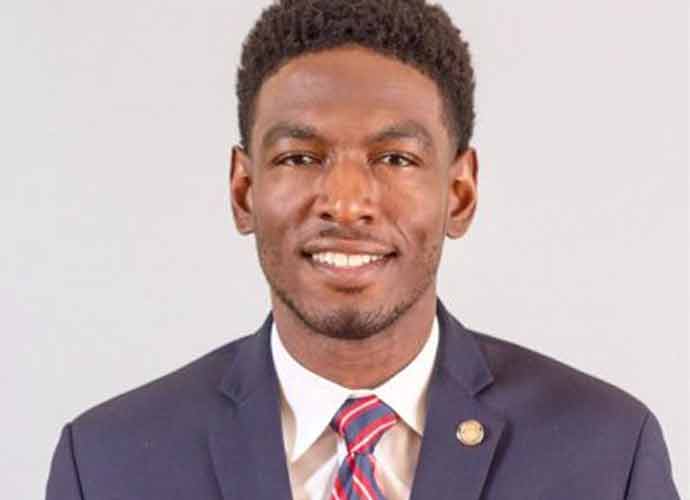 Alabama State Rep. Jeremy Gray (D) revealed how he passed a bill that repealed a 30-year-old ban on yoga in public schools in his state in an executive interview with uPolitics.

Gray recalled when he first entered office in 2018 he was touring high schools in Alabama where he first learned about teachers, who were fully certified, wanting to teach yoga. “I just happened to be there that day and started talking about how yoga and meditation, how it really helped me and my journey and everyone just kind of looked at me,” Gray told uPolitics’ founder Erik Meers. Quickly teachers reminded him that “yoga is banned in school we can’t talk about yoga.”

Surprised, Gray took up this cause as one of his very first bills as a newly elected representative. “That was kind of my first piece of legislation that I brought forth in 2019. As you know, in 2019 they said ‘are you crazy’ you’re not gonna bring yoga to schools, they made a mockery of the bill, they gave me the runner-up for the deadest bill in session,” he recalled.

The yoga ban was pushed in the early 90s by a coalition of Alamabanians who associated the practice with eastern philosophy and claimed it would convert young minds. Many also claimed it violated the First Amendment as it was a religious practice, and therefore couldn’t take place in a public school.

Despite the strong opposition, Gray continued with the cause. He explained that he changed the narrative and got Republicans to rally behind the bill by rebranding yoga and presenting it as a preventative mental health practice that would save the state money.

“So, it was really about just educating them about yoga and how I have done it as an athlete, and then I changed the narrative and made it more about mental health,” Gray said. “And Alabama, we just started funding mental health in school, like where we actually allocated a dollar source, this is more of a preventative, self-care way, that you can help kids with stress and anxiety and there is a physical component as well. So I got these physicians, educators, all these yogis in Alabama, we kind of built a coalition and they were calling their state representatives, their senators, they were calling them each and every day, and the dynamic shifted a little bit. ‘Well, my wife does it, my daughter does it.’ So some of these older guys who were against they were hearing it from their wives and their daughters, ‘well my wife does it and she’s a Christian so it must not be too bad.’ So that’s how I was really able to create that momentum to get it passed but for some people no matter what I do, yoga is going to be a religion you know and that’s kind of what I’m dealing with in Alabama, but with so much press and so much going on, I hope they feel embarrassed that we’re even discussing yoga in schools and what they’re trying to do to the bill, and that’s why media is a great thing when you’re in a place like Alabama.”

To get the actual bill passed, many compromises had to be made, and still Gray faced strong opposition.

“Taking out the chants, and mantras, and namaste, and all those things, because it after if I could at least take the undertones of eastern philosophy they would buy it, and so they did, I got bipartisan support, and of course, if it was my way it would just be yoga because it’s westernized now, not it’s not like Indian, it’s Americanised in a western way, so it’s not a big deal and everyone does it. So I didn’t really see where the opposition would come from with it, but when I started hearing the insane rhetoric around ‘you’re going to convert someone into Hindusim by doing a downward dog, it was just crazy, it’s still crazy to me today, but usually you kind of understand the dynamics in politics, people are very much conservative in Alabama, not everyone, some people thought it was all of Alabama, it wasn’t, it was conservative groups who got to some of the lawmakers who are in positions of power and when you’re in power in politics, you can stop bills, that was the journey that, it’s almost a miracle.”

Gray has also managed to pass four bills in the last three years. They span financial aid and athlete representation, but he says the “yoga legislation” has by far gotten the most attention.