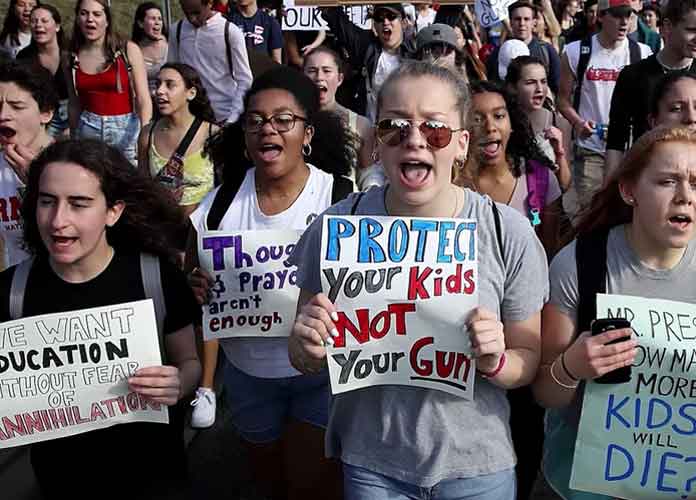 Students across U.S. organize walkouts in 2018 to push for gun reform (Image: Getty)

Gallup has asked Americans about their satisfaction with national gun regulation almost every January since 2001. 2021’s survey of 547 adults found that a majority, 56%, are overtly dissatisfied with regulations and 42% are satisfied.

Gallup’s findings reinforce a grim reality of gun regulation that interest usually spikes with mass tragedies. While Gallup’s polling began in 2001, historic mass shootings like Sandy Hook in 2012 and Las Vegas in 2017. President Joe Biden‘s current push for common-sense gun regulations faces staunch opposition from Republicans who have made gun rights a hallmark of their agenda.