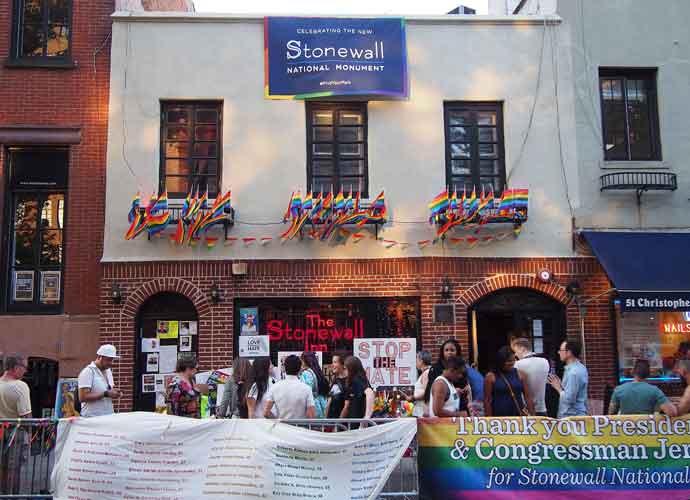 Stonewall Inn On Pride Weekend in 2016

On May 31, 2019, President Trump sent out a tweet in support of LGBT Pride month to “recognize the outstanding contributions LGBT people” and to “stand in solidarity” with LGBT people who live in countries “that punish, imprison, or even execute individuals.”

Don’t you believe it.

Like many of Trump’s tweets, it’s pure gaslighting. His words don’t match his administration’s policies. Unlike the Obama Administration, there have been no official proclamations in support of Pride Month and no rainbow flag lighting projected onto the White House.

In fact, during the month prior to his tweet, Trump expressed his opposition to the Equality Act (comprehensive federal LGBT civil rights legislation passed by the House) and his administration cut health care services for transgender people under the Affordable Care Act, announced plans to allow adoption agencies to deny services to LGBT people based on so-called “religious exemptions,” and announced plans to allow homeless shelters to deny transgender people access to shelters consistent with their gender identity.

And in the short week after his Pride tweet, Trump restated his stigmatizing justifications for banning transgender people from the military and his administration cut funding to a critical HIV/AIDS research program. It was also revealed that the State Department was denying requests of U.S. embassies to fly the rainbow flag.

The contrast with the Obama administration could not be greater. President Obama described himself as a “fierce advocate” for LGBT rights. His leadership included helping to pass LGBT-inclusive hate crimes and discrimination protections and ending the ban against LGBT people in the armed services. Even in an area where he took longer, he used his personal process to show how a person of faith could “evolve” on the issue of marriage equality.

Trump has worked to systematically undo those advances. It started just hours after he took office, when LGBT content was stripped from the White House, State Department, and Depart of Labor webpages. Since that day, the advocacy group GLAAD has chronicled over 114 specific attacks by Trump and his administration against LGBT Americans.

In broader strokes here are some of Trump’s most significant anti-LGBT policy initiatives:

• eliminating discrimination protections for LGBT youth and adults in education, housing, and healthcare;
• creating broad religious and moral exemptions to civil rights laws that threaten to undermine civil rights not only for LGBT people but for all protected groups;
• reinstating barriers for transgender people and People Living with HIV serving in the military;
• ending federal data collection about LGBT people, thereby limiting available data to document the challenges LGBT people face in all aspects of their lives;
• proposing federal budgets that would slash HIV treatment and prevention programs domestically and internationally;
• appointing judges to the federal bench who are hostile to LGBT rights, including some who have records of anti-LGBT activism;
• reversing positions in key LGBT rights cases—turning the Department of Justice from an ally to a foe before the federal courts; and
• turning the U.S. from an international leader on LGBT rights as human rights, to an opponent on specific issues.

While LGBT rights consistently advanced under the Obama Administration, Trump deploys hostility against LGBT people at strategic times to feed the discriminatory views of some of his base and to draw attention away from negative media about himself. It’s no coincidence that anti-immigrant and anti-trans rhetoric heat up whenever Trump himself is in hot water.

These changes in tone and policy result in real harm. Perhaps one of Trump’s most chilling policy changes is the Bureau of Prisons May 2018 decision to house transgender inmates according to their sex assigned at birth. We know that this policy will expose transgender inmates to sexual assault, physical violence, and even death.

The anti-LGBT rhetoric of Trump and his administration also has a broader impact on society. Recent research has suggests that violence against LGBT people has increased during the last two years and that support for LGBT rights among young people may be starting to decline.

When does this all end? If we work hard, soon. This week, for the first time ever transgender people were discussed in a presidential debate. Not once, but several times. And as an appropriate antidote to Trump picking on the most vulnerable of LGBT Americans, the conversation referenced transgender soldiers, trans women of color targeted for violence, and the barriers to health care trans men face. These rollbacks on LGBT rights—and the rights of recent immigrants, women, religious minorities, and People of Color—will end if we aren’t distracted by the gaslighting tweets but work in coalition for a new administration in 2020. 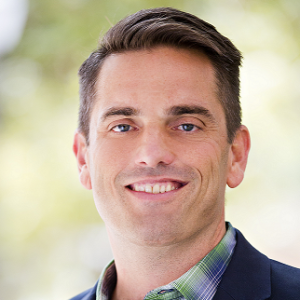