The onslaught of so-called “heartbeat bills” threatens to reverse Roe v. Wade. While this isn’t the first time they’ve come after Roe, anti-abortion activists are emboldened by an immoral president, his religious zealot VP, and the courts they’ve stacked. Those of us concerned with protecting women’s reproductive freedom must do more than win back the presidency; we must win elections up and down the ballot across this country.

Protected by the Fourteenth Amendment, Roe. v. Wade holds that a woman’s right to an abortion falls within the right to privacy and defines levels of state interest based on trimesters of pregnancy. In the first trimester, an abortion is to be treated as a medical decision and left to the judgement of a woman’s physician. Before viability, during weeks 14-26, the state’s interest is deemed legitimate when it protects the health of the mother. During the third trimester, the potential human life could be considered a legitimate state interest. Still, states can only regulate abortion as long as the life and health of the mother is protected.

Behind the cloak of “life,” anti-abortion activists are attacking women’s liberty. And this time, they may win.

The various “heartbeat bills” fly in the face of this precedent established by the Supreme Court in 1973. They are the latest strategy of a well organized political movement that is determined to impose their beliefs on a woman’s right to privacy in personal, marital, familial and sexual decisions. In the nearly 50 years since the Supreme Court’s decision, anti-abortion activists have not relented. They have been chipping away at Roe’s underpinnings since day one, laying the groundwork for a reversal.

Just three years post Roe, activists helped pass the Hyde Amendment that bars federal funds from paying for abortion, which was upheld by the Supreme Court. In 1989, the Supreme Court further cracked Roe’s tenets in Webster v. Reproductive Health Services, by broadening the state’s interest pre-viability, and in 1992, the Court gouged Roe’s founding principal when it ruled in Planned Parenthood of Southeastern Pennsylvania vs. Casey to weaken the constitutional standard for state abortion laws and determine that the state’s interest in and regulation of potential life could arguably extend throughout a woman’s pregnancy.

All of these cracks lead us to today, when more than 10 states have either introduced or passed “heartbeat bills,” varying in severity: including no exceptions for pregnancies resulting from rape and incest, criminalizing healthcare providers and banning abortion as early as six weeks. They all have one thing in common: they unabashedly disregard the idea that first trimester abortions should be treated as a medical decision between a woman and her healthcare provider. Behind the cloak of “life,” anti-abortion activists are attacking women’s liberty. And this time, they may win.

Since being elected president, Donald Trump has appointed one out of every eight circuit court judges and has flipped the composition of most circuit courts. Most notably, he has selected two of the nine Supreme Court justices, and the Court is more politicized today than it ever has been – anyone who watched Brett Kavanaugh’s testimony before the Judiciary Committee can account to that. If one of these “heartbeat bills” makes its way before the Supreme Court, and in all likelihood one will, the best case scenario is further erosion of Roe. The worst case is a full reversal.

For those not in the trenches of the pro-choice movement, a woman’s right to access an abortion was assumed to be settled law. Public opinion supports this assumption, with the majority of Americans against overturning Roe, according to an NPR/PBS NewsHour/Marist Poll June 2019 poll. Unfortunately, the anti-abortion movement doesn’t care about the majority. They are determined to impose their agenda on us all and infringe on women’s rights.

In order to protect women’s reproductive freedom, pro-choice advocates must move back in order to move forward. We need to elect candidates to state legislatures, to Congress, and to the presidency who are unapologetically pro-choice: individuals who will stand firm in their conviction that a woman’s ability to access abortion is protected by her right to privacy. Individuals who trust that the only two people who should be making a decision over whether or not to have an abortion are a woman and her healthcare provider. Anything less will reduce Roe to dust.

Leading While Female: Beyond #MeToo to #NeverAgain

Originalism is Sexist: Gorsuch & the ERA

Raise the Tax on Ammunition 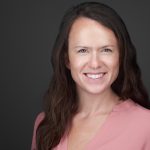 Jillian Gilchrest was elected as State Representative to the Connecticut General Assembly (CGA) in 2018. Prior to that, she served as the Director of Health Professional Outreach for the Connecticut Coalition Against Domestic Violence and Chair for the State’s Trafficking in Persons Council for the Connecticut General Assembly. Jillian has extensive experience advocating for women’s health and safety, in particular influencing public policy at the CGA. She has worked as Executive Director of NARAL Pro-Choice Connecticut and Policy & Communications Director for Connecticut’s Sexual Assault Coalition. Jillian holds a Masters Degree in Social Work with a focus in Policy Practice from the University of Connecticut School of Social Work, where she has taught Political Advocacy. She currently teaches for the University of Saint Joseph, Sacred Heart University, and the University of Hartford.
Chat With uPolitics On Facebook! Get the latest news and interviews delivered directly to your Messenger!