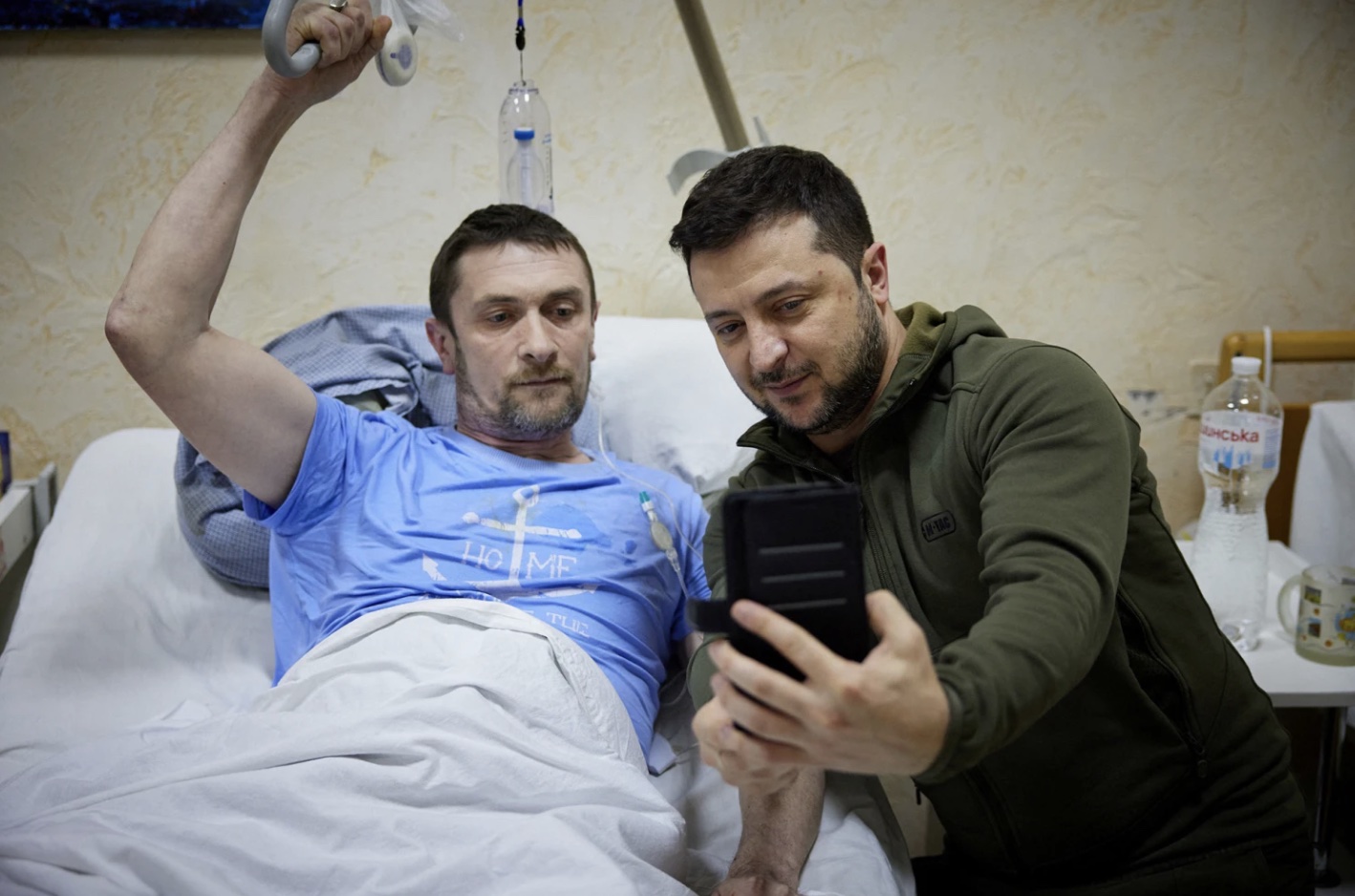 He awarded them with “orders and medals for courage and dedication, as well as honored the hospital staff for exemplary work in difficult conditions,” according to a statement from Zelensky’s office.

He honored 106 soldiers, including 17 who gave their lives for their country, with the title “Heroes of Ukraine.”

The official Defense of Ukraine Twitter account released photos of the President taking pictures and speaking with recovering Ukraine defenders. He visited with soldiers in a variety of states, even donning full scrubs and a mask to visit with a man who was more severely wounded.

“Guys, get well soon. I believe that the best gift for your statement will be our common victory!” Zelensky told the soldiers and hospital staff, according to the tweet.

Zelensky’s visit to the hospital echoed the country’s resilience. Although Zelensky had little political experience when he was elected, he has won the respect of leaders and citizens around the globe for showing strength and leadership in the face of the Russian invasion of his country.