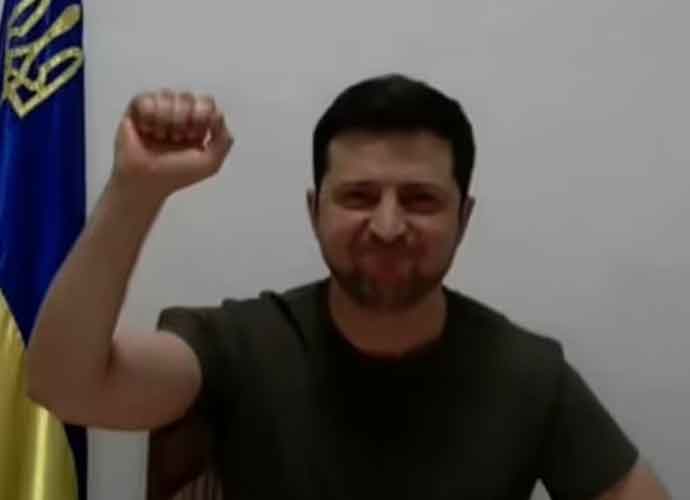 Ukrainian President Volodymyr Zelensky called on U.S. lawmakers in a virtual address on Wednesday, telling Congress “we need you right now.” He pleaded for help, referencing American tragedies such as the attack on Pearl Harbor and the September 11 terrorist attack.

“Russia has turned the Ukrainian sky into a source of death for thousands of people,” he said describing how Russia was utilizing bombs and missiles to attack the country and innocent civilians. “We are asking for a reply to this terror from the whole world.”

“To create a no-fly zone over Ukraine to save people, is this too much to ask?” he said. “You know how much depends on the battlefield, on the ability to use aircraft, powerful strong aviation to protect our people, our freedom, our land, aircraft that can help Ukraine, help Europe. You know they exist and you have them, but they are on Earth not in the Ukrainian sky.”

The U.S. has refused requests to create a no-fly zone, with concerns that it could bring America into direct combat with Russia. While Zelensky was firm in his request, he acknowledged that it may not be an option. He appealed to the U.S. to at least provide Ukraine with warplanes. Still, some lawmakers and the Pentagon remain wary of the transfer of the planes amidst concerns that Russia could use a move like that to escalate the war.

Zelensky reiterated how grateful he is for the assistance the U.S. has provided so far. At the end of his speech, he had a message directly for President Joe Biden.

The speech was met with a standing ovation on both sides.

Biden is expected to give a speech of his own on Wednesday, outlining what the country will do to help Ukraine.