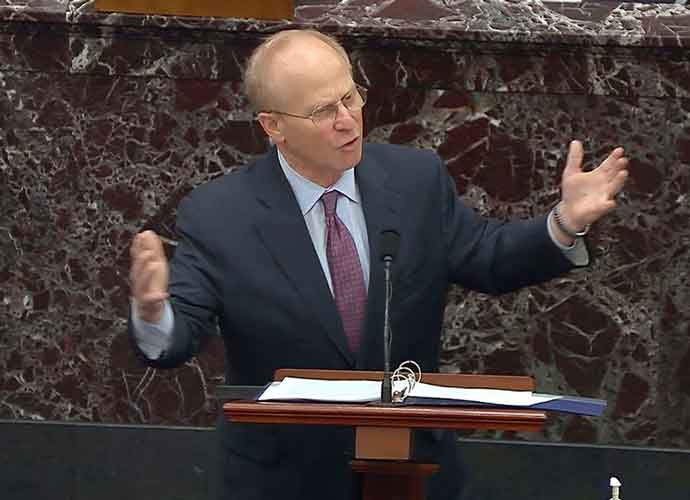 Both defense lawyers were hired as Trump’s first defense team fell apart, both men are unfamiliar with the other. Which man has primacy as the lead lawyer on the team is still uncertain.

Schoen, 62, graduated from Boston College Law School. He has done extensive work on public interest and civil rights cases in the South on police and prison violence and ballot access.

The Boston College graduate was honored by the American Bar Association in 1995 for his volunteer legal efforts. He played a significant role in a class-action lawsuit that challenged Alabama’s foster care system, that led to improvements and represented the Klu Klux Klan in successfully challenging a law that forbade them from marching while wearing hoods.

Schoen has experience working as a criminal defense lawyer, representing clients such as accused mobsters, rapists and killers.

Trump’s interest in Schoen dates back to the 1990s when he represented two organized-crime convicts, with Schoen trying to overturn their convictions but failing.

Castor, 59, earned his law degree from Washington and Lee University. He served two terms as the elected district attorney in Montgomery County and the Pennsylvania solicitor general.

In 2005, Castor defended Bill Cosby after a Temple University employee, Andrea Constand, accused him of drugging and sexually assaulting her. Cosby has not prosecuted at that time.

Castor lost re-election to an opponent who had criticized his handling of the case and went on to charge Cosby with aggravated indecent assault. Cosby’s defense team made efforts to call Castor as a witness in the 2016 hearing, arguing that his decision not to prosecute him had been appropriate.

“I came to the conclusion that there was no way that the case could ever improve and get better with time absent Mr. Cosby’s confession,” Castor said on the stand. “Andrea Constand’s own actions during that year ruined her credibility as a viable witness.”

Castor was recommended to Trump by his cousin, Stephen R. Castor, a House Republican staff lawyer who helped lead the president’s early defense against his first impeachment in 2019.

Both Schoen and Castor are now set to defend Trump against a charge of “incitement of insurrection” related to the Capitol riot on January 6. They are expected to argue that the Senate lacks constitutional jurisdiction to try former officials and that Trump’s call to his supporters to storm the Capitol is his right under the First Amendment.