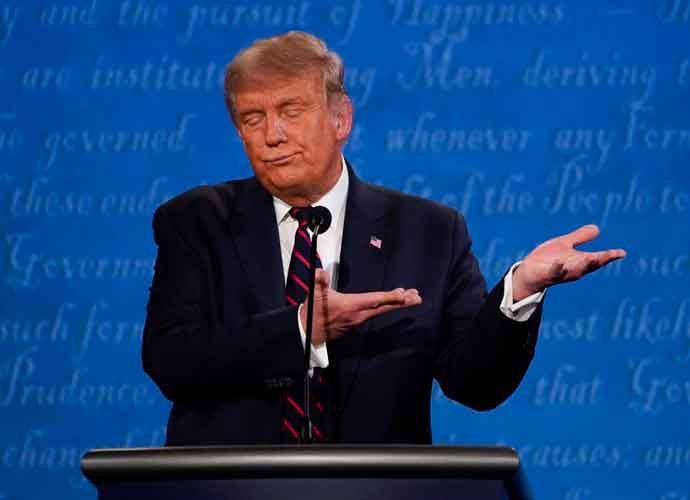 “Are you willing tonight to condemn white supremacists and groups to say they need to stand down and not add to the violence and number of the cities as we saw in Kenosha and as we’ve seen in Portland?” the debate’s moderator, Fox News host Chris Wallace asked.

Chris Wallace: “Are you willing, tonight, to condemn white supremacists and militia groups and to say that they need to stand down…”

Trump: “Proud Boys, stand back and stand by! But I’ll tell you what, somebody’s got to do something about antifa and the left.” pic.twitter.com/4vrPocKzcu

Wallace noted that Democratic nominee Joe Biden attributed his candidacy to Trump’s comments that there were “very fine” people on both sides at a 2017 Unite the Right rally and counterprotest in Charlottesville that caused one woman to be killed.

“Sure. I’m willing to do that,” Trump answered but quickly added: “Almost everything I see is from the left-wing. Not from the right-wing.”

When Wallace pressed again for a clear condemnation, Trump asked, “What do you want to call them?”

Jason Miller, a senior adviser to the Trump campaign, said that Trump’s comments were “very clear he wants them to knock it off,” though Trump has not provided that clarification himself.

According to the Times, a member said they were already seeing an uptick in “new recruits.”

The Proud Boys, a group founded in 2016 that describes itself as “a pro-Western fraternal organization for men” is classified as a hate group by the Southern Poverty Law Center and “hard-core white supremacists” by the Anti-Defamation League.