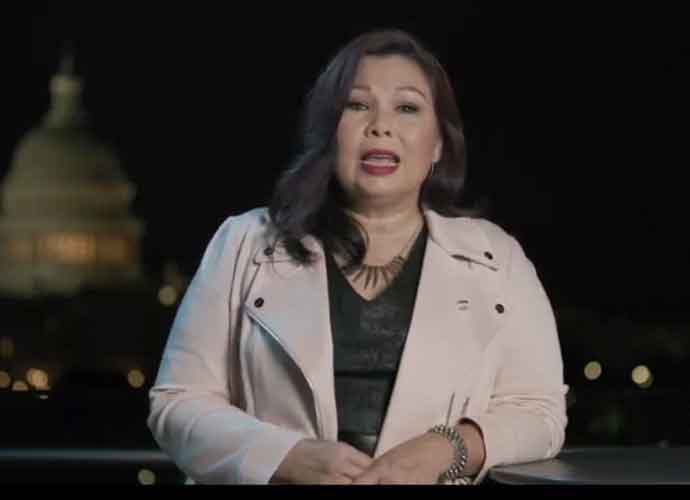 Sen. Tammy Duckworth (D-Illinois), a U.S. Army veteran who lost her legs in the Iraq War, spoke at the Democratic National Convention on Thursday night, attacking President Donald Trump for politicizing military, calling him the “coward in chief.”

A retired lieutenant colonel who served 23 years in the U.S. Army, Duckworth painted Joe Biden as the leader who “knows the fear military families live with because he’s felt that dread of never knowing if your deployed loved one is safe” because his late son, Beau Biden, was deployed to Iraq.

“That’s the kind of leader our service members deserve: one who understands the risks they face and who would actually protect them by doing his job as commander-in-chief,” Duckworth said. “Instead, they have a coward-in-chief who won’t stand up to Vladimir Putin, read his daily intelligence briefings or even publicly admonish adversaries for reportedly putting bounties on our troops’ heads.”

“As president, Joe Biden would never let tyrants manipulate him like a puppet,” she said. “He would never pervert our military to stroke his own ego. He would never turn his back on our troops or threaten them against Americans peacefully exercising their constitutional rights.”

On Thursday at the press conference, Trump, after being pressured multiple times about the Russian bounties, claimed they would “hit” Russia “so hard your head would spin” if the claims about the bounties are confirmed.

Duckworth has been an outspoken Trump critic for a long time. In 2018, she condemned Trump for his claim that Democrats who did not applaud his State of the Union speech committed treason.

“We don’t live in a dictatorship or a monarchy,” Duckworth said at the time on Twitter. “I swore an oath – in the military and in the Senate – to preserve, protect and defend the Constitution of the United States, not to mindlessly cater to the whims of Cadet Bone Spurs and clap when he demands I clap.”