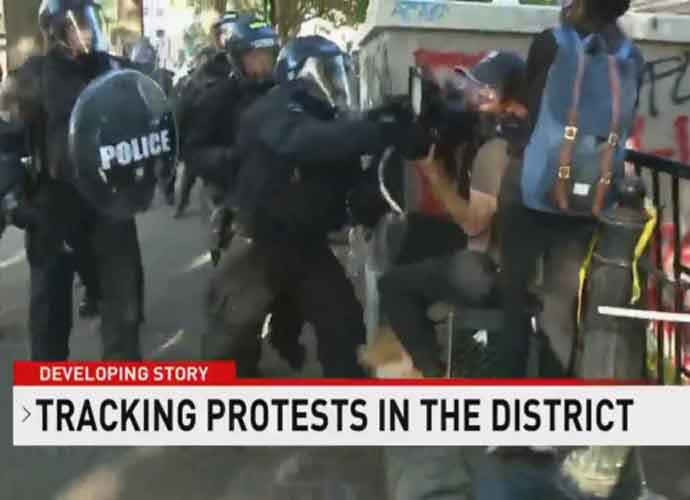 Police attacked two Australian journalists, who were going live at the scene of a George Floyd protest at the White House on Monday.

Channel 7 cameraman, Tim Mayers, along with his colleague, Amelia Brace, were reporting live at the scene, as law enforcement forcefully cleared out the protest venue. Chaos erupted and the crowd started running. Shortly after, a police officer in a riot gear punched and hit Mayers and Brace with a protective shield. Two reporters, then, proceeded to flee the scene. The incident was caught on live television.

Watch the shocking moment #7NEWS reporter @AmeliaBrace and our cameraman were knocked over by a police officer LIVE on air after chaos erupted in Washington DC. pic.twitter.com/R8KJLnfxPN

Australian Prime Minister Scott Morrison called on Australia’s embassy in the D.C. to investigate the assault.

The nationwide demonstrations engulfed all 50 states after the death of Floyd. The 46-year-old African American man died after a white police officer, Derek Chauvin, knelt on his neck during an arrest. Chauvin has been charged with third-degree murder.