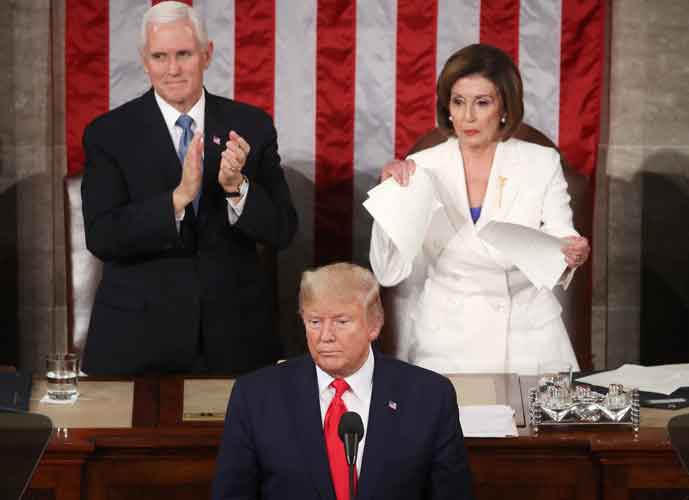 WATCH: Nancy Pelosi Rips Up Trump’s State Of The Union Speech After Address

House Speaker Nancy Pelosi ripped up President Donald Trump‘s State of the Union speech just after he had completed the 90-minute address to the nation. Trump’s fiery speech threw out a lot of red meat to his conservative base including awarding the Presidential Medal Freedom to right-wing icon Rush Limbaugh and attacking illegal immigrants.

When asked why she tore up the speech, Pelosi said that she did it “because that was the courteous thing to do when faced with the alternative.”

Standing behind President Trump, Speaker Nancy Pelosi rips up a copy of his State of the Union address as soon as he is done delivering the speech. https://t.co/z21h5Ddt05 #SOTU pic.twitter.com/39lpEGmfX6