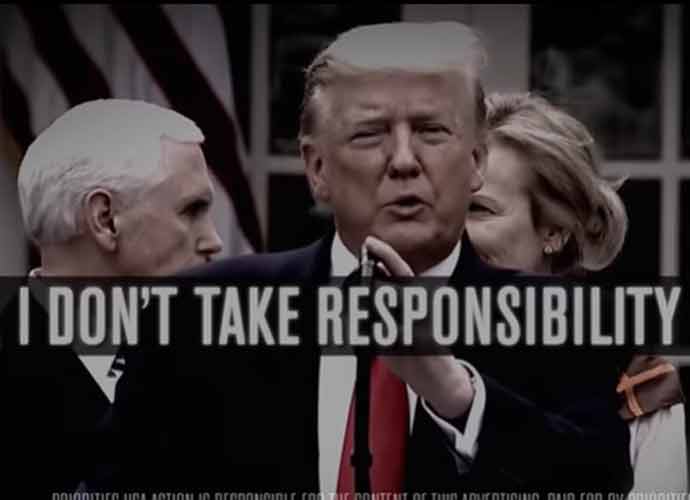 Super PAC Priorities USA launched on Monday a $6 million television and digital advertising campaign in four swing states: Florida, Michigan, Pennsylvania and Wisconsin. In one of their ads, they showed a chart marking the steady increase of coronavirus cases in the U.S. while Trump says, “we have it totally under control” and “one day, it’s like a miracle, it will disappear.”

His comments came in late February during a reception in the White House Cabinet Room, before the number of cases in the U.S. began to spike.

Another progressive super PAC called Pacronym began a nearly month-long $2.5 million ad campaign focusing on Trump’s response to the outbreak. The ads are running in the same four states as well as Arizona and appear on Facebook, YouTube, Hulu and other platforms.

Their most recent ad features a clip of Fox News host Tucker Carlson blaming “government incompetence” for the array of hurdles, like lack of coronavirus testing shortage and medical supply shortages, the U.S. has faced.

Where are the tests??? pic.twitter.com/WzrlWRkRFi

A third super PAC, American Bridge, recently began including criticism of Trump’s coronavirus response in their $850,000 ad campaign attacking Trump. One ad on Facebook claims Trump “put American lives at risk” and highlights his previous dismissive attitude about the virus.