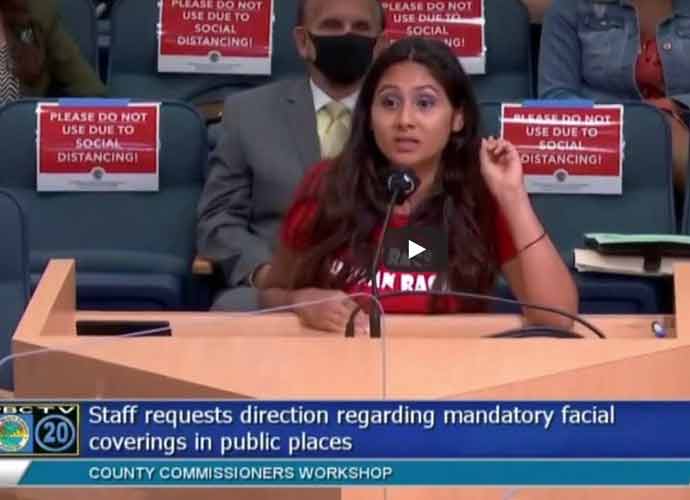 Florida residents in Palm Beach County expressed outraged in a town hall meeting Wednesday as the county announced the order to make the face masks mandatory in public.

Amid the surging COVID-19 cases in Florida, several local governments, including Palm Beach, have sought to make the mask-wearing mandatory in public.

Residents who attended this meeting were furious by the decision, calling order the “devil’s laws.”

“All of you are practicing the devil’s law,” a resident named Cristina said,

“Every single one of you that are obeying the devil’s laws are going to be arrested.”

“They want to throw God’s wonderful breathing system out the door,” another Palm Beach resident Sylvia said. “You’re all turning your backs on it.”

A third resident named Cindy claimed that the motivation behind the order was “totally political.”

“I’m asking you to cease-and-desist from the political agendas that you’re being ‘propaganded’ to stand with and try to hold us, hostage, as American citizens.”