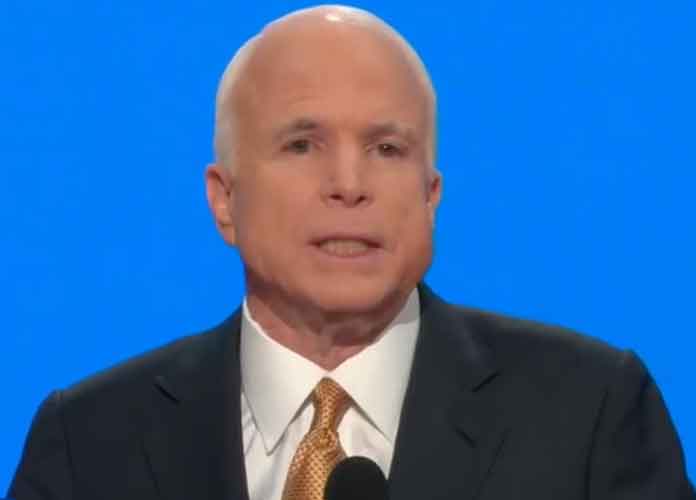 McCain talked about how her husband and Biden formed a friendship, back when Biden was a Delaware senator and McCain was a Senate liaison for the Navy, after his release as a prisoner of war in Vietnam.

“They would just sit and joke. It was like a comedy show, sometimes, to watch the two of them,” she said.

Joe Biden's cross-party friendship with the late Sen. John McCain was remembered at the DNC in a video featuring McCain's widow, Cindy McCain.

“They would just sit and joke … It was like a comedy show, sometimes, to watch the two of them" https://t.co/3iZOqF1BVP pic.twitter.com/gcMOXmS6na

The video clip shown at the DNC praised the bipartisan cooperation between the two lawmakers, with the late senator’s noting that it “was a style of legislating and leadership that you don’t find much any more.”

“When millions of Americans were faced with losing their health insurance, it was Joe’s friend who saved Obamacare by crossing the aisle,” the video’s narrator says.

President Donald Trump had ridiculed the Republican senator over his vote against repealing the Affordable Care Act, and mocked his status as a war hero saying “I like people who weren’t captured.” He also complained after he was not invited to McCain’s funeral.

Cindy McCain has been an outspoken critic of Trump, but she has not explicitly endorsed Biden.

Last April she shut down rumors that she would work to support Biden, tweeting that Biden is “a wonderful man and a dear friend of the McCain family.”

“However,” she added, “I have no intention of getting involved in presidential politics.”

Despite the lack of a definite endorsement, the video showing at the DNC marks a pointed show of support, joining the growing calls from Republicans to change the existing administration. In addition to previous Republican endorsements, Ohio Gov. John Kasich (R) and former Secretary of State Colin Powell (R) offered their own during the four-night program.