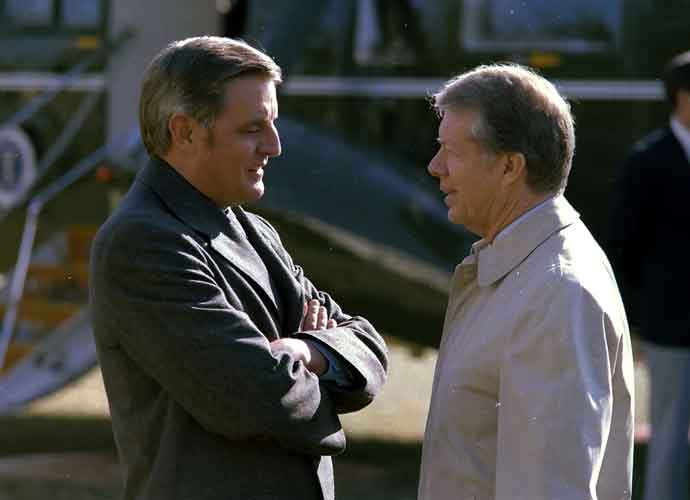 Mondale and Carter in 1977 (Image: Wikimedia)

Spokesperson for the Mondales, Kathy Tunheim, announced Mondale’s death Monday night, but did not specify a cause of death. In his final days Mondale spoke with former President Jimmy Carter, whom he served with, President Joe Biden and First Lady Jill Biden and Vice President Kamala Harris. Mondale also sent farewell emails to his staff days before his death.

Mondale served as vice president from 1977 to 1981 alongside Carter and is largely credited as the first vice president to take on major policy tasks. Mondale attended intelligence briefings, integrated his staff with former Carter’s and had a weekly lunch with the former president. Before Mondale, vice presidents had very little influence in Washington. The vice president’s modern position was born from the true partnership between Mondale and Carter.

Former President Carter released a statement Monday night saying, “Fritz used his political skill and personal integrity to transform the vice presidency into a dynamic, policy-driving force that had never been seen before.” Mondale often used the name Fritz.

Former President Barack Obama also offered condolences. “Fritz was my first call and trusted guide,” Obama said. “He was the first presidential nominee of either party to select a woman as his running mate, and I know how pleased he was to be able to see Kamala Harris become vice president.”

As well as from the vice presidency, during his 12 years as a Senator to Minnesota, Mondale fought for civil rights, enhanced school aid, expanding health care as well as child care. In a 2010 interview, Mondale said, “I’m a liberal or a progressive. I didn’t use the ‘liberal’ word much, because I thought it carried too much baggage. But my whole life, I worked on the idea that government can be an instrument for social progress. We need that progress. Fairness requires it.”