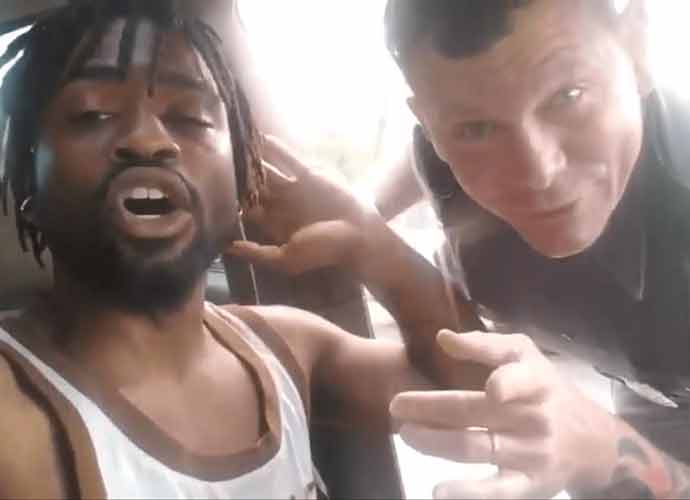 Virginia State Police Trooper Charles Hewitt was fired in February 2021 for his role in the 2019 arrest of Derrick Thompson where the trooper violently pulled Thompson from his car and arresting him during a traffic stop. Thompson filmed the the officer who invited Thompson to record him saying, “You can bring that with you. I’ll let you film that whole thing,” while then pulling Thompson from his car.

https://t.co/DbUH4vFZ6x
Virginia State Trooper Charles Hewitt. He graduated from Virginia State Police Academy in Richmond on June 24, 2011. He is 38 and earned a bachelor degree from Emory & Henry College. Source

He works in Fairfax County and made $62,376 pre bonus pic.twitter.com/AUlinS1YVJ

“You have gotten on my last nerve, all right?” Hewitt said to Thompson. “You’re going to get your ass whooped in front of the Lord and all creation.”

After Hewitt threw Thompson from his vehicle, the victim can be heard saying “my hands are up,” “I’m being threatened,” and “I am in no threat to these officers” as they force him to the ground. “Get off my neck, sir. You are harming me,” Thompson said off camera.

Thompson was arrested and plead guilty to obstruction of justice, but soon after sued the state of Virginia and Hewitt. Thompson’s case was settled in February 2021 giving Thompson $20,000 from the state and Hewitt’s removal from the State Police. “Mr. Thompson filed this case because Trooper Hewitt’s behavior was unconscionable, and Mr. Thompson is happy with the outcome,” Joshua Erlich, Thompson’s attorney, said. “He thought he deserved — and received — monetary compensation. And although the VSP did not admit to any wrongdoing, Mr. Thompson is heartened Trooper Hewitt is no longer on the street and thinks Virginia is safer for it.”