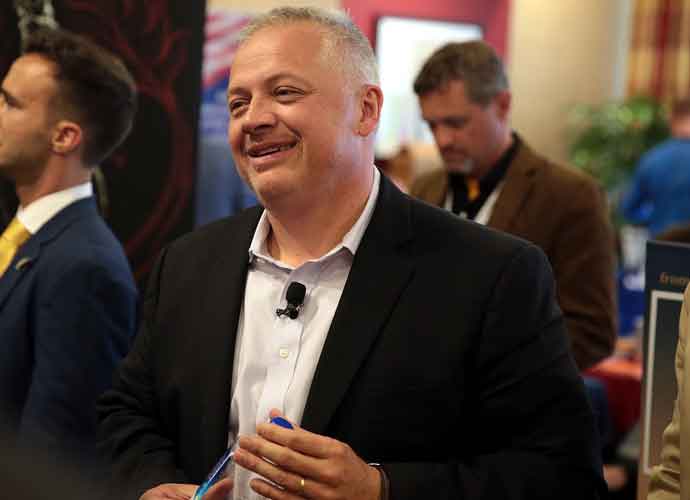 However, news that he officiated the wedding of two male campaign aides last summer caused his favorability among Virginia Republicans to fall

Good grabbed 58%, campaign manager Nancy Smith told The Associated Press after the win was announced on Sunday. According to 5th District Republican Committee Chair Melvin Adams, 2,537 of the more than 3,500 registered delegates voted.

Riggleman condemned the delegate set-up, which permits local party officials to select delegates to vote via convention rather than through a traditional primary.

“Voter fraud has been a hallmark of this nomination process and I will not stand for it,” Riggleman tweeted Saturday night. The Virginia Republican Party, he continued, “needs to reevaluate their priorities. We are evaluating all our options at this time.”

Good replied that is “what losers say.”

He said he would bring to Congress “the true conservative principles that we presented for this campaign, the true contrast that we showed as we emphasize our Judeo-Christian principles upon which our nation was founded.”

Riggleman has defended his decision to officiate the wedding, claiming its a matter of individual liberty.

“It saddens me that the decision made by this small group of delegates is going to be taken as a sign that Republicans writ large are not inclusive and accepting of all sorts of different people, most notably LGBTQ folks,” Alex Pisciarino, the former volunteer whose wedding Riggleman officiated said. “It unfairly casts a shadow on the message we wanted to send by discussing the wedding back in July.”