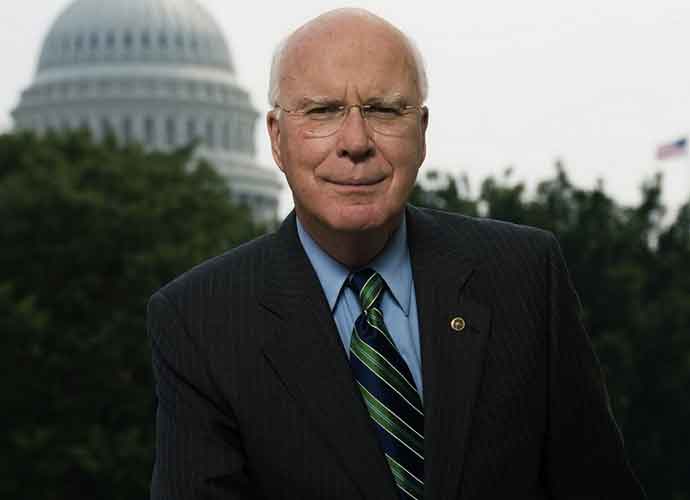 U.S. Senate President Pro Tempore Patrick Leahy (D-Vermont), the longest-serving lawmaker in the upper congressional chamber, announced on Monday that he will be retiring at the end of his current term – his eighth – which ends on January 3, 2023.

As president pro tempore, Leahy is third in the presidential line of succession behind the vice president and Speaker of the House of Representatives. He is also the chairman of the Senate Appropriations Committee.

“It is time to put down the gavel. It is time to pass the torch to the next Vermonter, who will carry on this work for our great state. It is time to come home,” Leahy, 81, said at the Vermont State House in Montpelier, where he declared his candidacy for the first time nearly 50 years ago. “Know my time in the Senate has made a difference for Vermonters, and I hope often well beyond.”

Leahy is the only Democrat ever elected to the Senate from Vermont. His counterpart, Sen. Bernie Sanders, is an independent who caucuses with the Democrats.

“He leaves a unique legacy that will be impossible to match,” Sanders said on Monday.

Given that Vermont is one of the bluest states in the Union, Democratic officials are not concerned about holding onto his seat in next year’s midterm elections.

“Senator Leahy is a lion of the Senate — he reflects the very best values of the institution and through his service, he has shaped the direction of our country for the better in countless ways,” Sen. Gary Peters (D-Michigan), the chairman of the Democratic Senatorial Campaign Committee, said. “Vermont is a blue state that has not elected a Republican to statewide federal office in more than 20 years, and Democrats look forward to winning this Senate seat in 2022.”

“Very few in the history of the United States Senate can match the record of Patrick Leahy,” Schumer said. “He has been a guardian of Vermont and more rural states in the Senate, and has an unmatched fidelity to the Constitution and rule of law.”

Leahy is one of six Senators that have chosen to step down. The other five – all of whom are Republicans – are Sens. Roy Blunt (Missouri), Richard Burr (North Carolina), Rob Portman (Ohio), Richard C. Shelby (Alabama) and Patrick J. Toomey (Pennsylvania).