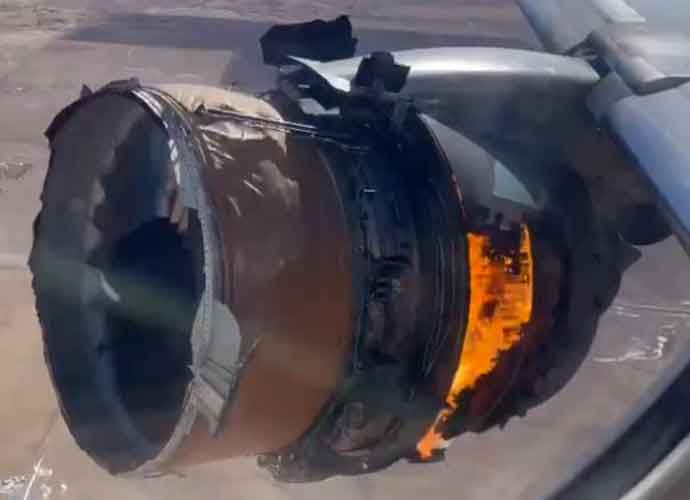 An United Airlines Boeing 777 had a massive engine failure over Denver Sunday which required the pilots to make an emergency landing soon after takeoff. The Federal Aviation Administration (FAA) is now investigating if the engine equipment in several 777 planes is still safe for commercial use.

UA Flight 328’s Pratt & Whitney PW4000 engine blew into pieces soon after lifting off the runway and reportedly scattered debris over the Denver area. No one on the plane or on the ground was injured during the crisis.

An FAA administrator, Steve Dickson, said in a statement Sunday after the engine failure that a review from inspectors “concluded that the inspection interval should be stepped up for the hollow fan blades that are unique to this model of engine, used solely on Boeing 777 airplanes.”

The National Transportation Safety Board (NTSB) later explained that several of the engine’s blades were shattered in the explosion and that the intact blades still “exhibited damage,” and that conclusions of the engine’s safety would be determined after full investigation.

United Airlines is the only airline in the United States which uses Pratt & Whitney PW4000 engines and the airline confirmed that 24 of their planes are equipped with the engine. United Airlines confirmed soon after that they will fully cooperate with the FAA and NTSB “to determine any additional steps that are needed to ensure these aircraft meet our rigorous safety standards and can return to service.”