SAN JUAN, PHILIPPINES - MARCH 23: Disinfection workers spray disinfectant along a street at a suburban area on March 23, 2020 in San Juan, Metro Manila, Philippines. The Philippine government has sealed off Luzon, the country's largest and most populous island, to prevent the spread of COVID-19. Land, sea, and air travel has been suspended, while government work, schools, businesses, and public transportation have been ordered shut in a bid to keep some 55 million people at home. (Image: Getty) 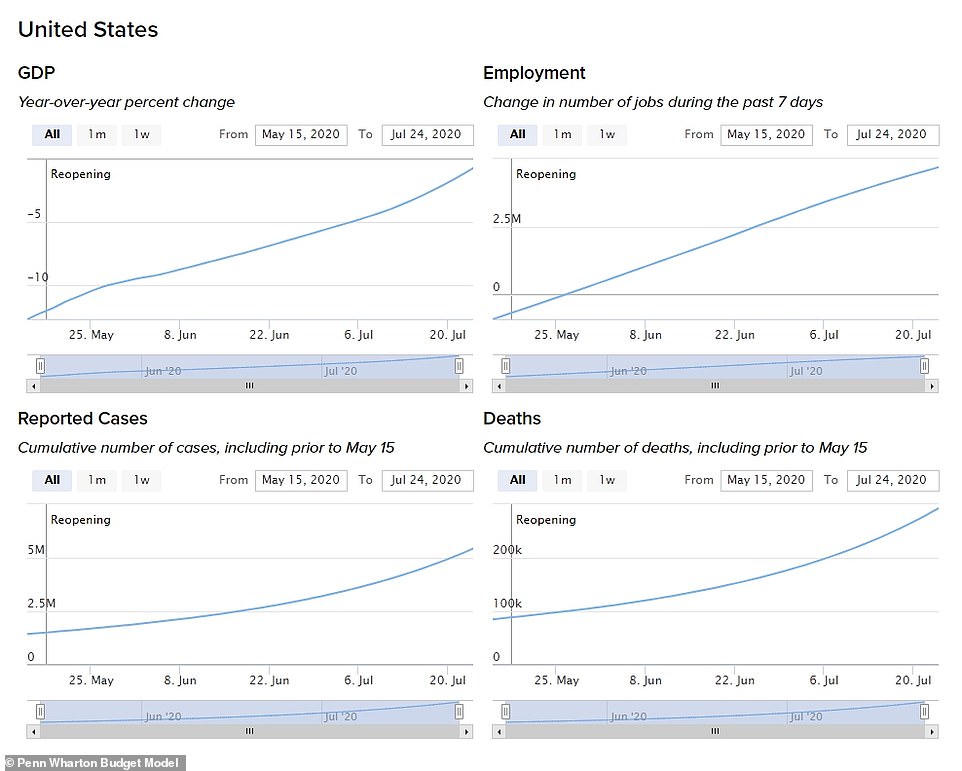 As the White House proceeds with its plan to reopen America, University of Pennsylvania’s Wharton School published an ominous study revealing that, if Americans stop practicing social distancing, the COVID-19 death toll will reach 290,000 by mid-July.

With some states already lifting stay-at-home orders, the U.S. number of COVID-19 cases has just surpassed 1.5 million and the death toll over 92,000.

According to the model that Wharton predicts, the situation may soon become grimmer. The forecast reveals that in the worst-case scenario, where citizens will not adhere to social distancing measures, the U.S. will reach 5.4 million cases and 290,000 deaths.

The Pennsylvania-based business school also hypothesized a second model, where stay-at-home orders will be lifted but social distancing measures will still be in place. The results vary little. America would have nearly 4.3 million people infected and 220,000 dead.

The third scenario theorizes a partial reopening with social distancing measures still in vigor. By July 24, the number of deaths would be roughly 157,000 and the people infected would reach 3.1 million.

Wharton offered a fourth case scenario, in which all states would maintain both stay-at-home orders and social distancing, concluding it would best stem the outbreak. According to the university, which also happens to be Trump’s alma mater, in the fourth case there would be 2.8 million infections and 157,000 deaths.

As of today, for every million of residents, 280 have died from the virus. The death toll ranks lower per capita than in eight European countries.

However, testing is only accessed by a small portion of the population. Data charts indicate that only 3% of US citizens received some form of testing.

The Wharton model also focused on the economic ripple effects of COVID-19, providing a projected number of job losses and GDP percent drop. While over four million Americans might lose their jobs if all states reopen, the GDP would only drop by 3.3%.