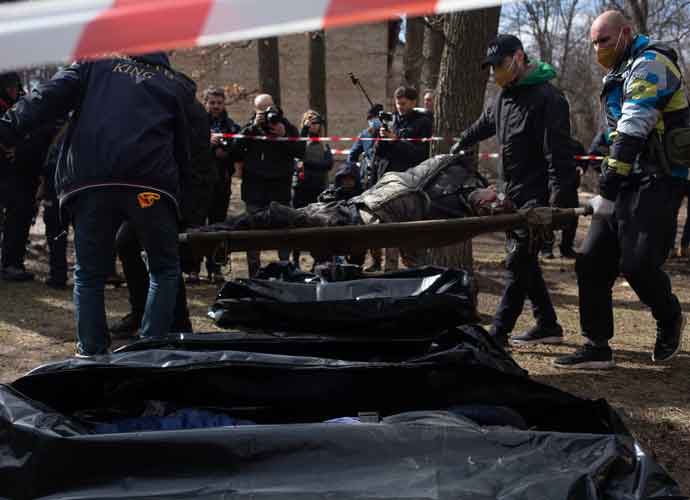 The United Nations General Assembly voted 93-24 on Thursday to suspend Russia from the Human Rights Council following the release of horrific photos of cruelties committed by Russian troops in the Ukrainian city Bucha over the weekend.

U.S. Ambassador Linda Thomas-Greenfield headed efforts to remove Russia this week. Photos, released on Saturday, of civilians in mass graves and scattered across the streets of Bucha were published and met with worldwide outrage. Russia has denied responsibility.

“Russia should not have a position of authority in a body whose purpose – whose very purpose – is to promote respect for human rights,” Thomas-Greenfield said. “Not only is it the height of hypocrisy – it is dangerous.”

“Every day, we see more and more how little Russia respects human rights Russia’s participation on the Human Rights Council hurts the Council’s credibility. It undermines the entire U.N. And it is just plain wrong,” the ambassador added.

“Russia’s lies are no match for the undeniable evidence of what is happening in Ukraine,” Biden said. “That’s why nations in every region condemn Russia’s unprovoked and brutal aggression against Ukraine and support the brave people of Ukraine in their fight for freedom.”

Fifty-eight countries declined to vote. Some of them said it was too early to tell what Russia was responsible for and refused to call their actions “war crimes” before getting additional information. Others called out Western hypocrisy since countries with questionable human rights records like China, Sudan and Venezuela are still on the council.

The only other country to be suspended from the council was Libya in 2011.