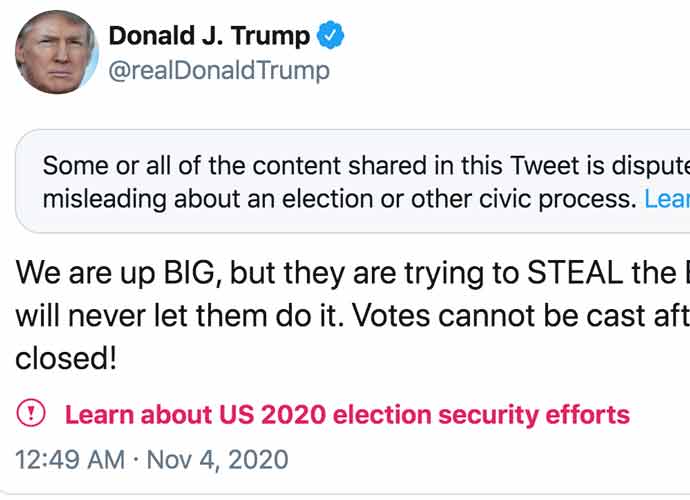 In one of the first political actions from Twitter after Election Day, a tweet by President Donald Trump regarding voter fraud was labeled as “a potentially misleading claim about an election.”

We are up BIG, but they are trying to STEAL the Election. We will never let them do it. Votes cannot be cast after the Polls are closed!

Twitter was not the only social media site to monitor and limit statements from the president; Facebook applied a label to the same message shared by Trump, saying that “final results may be different than initial vote counts, as ballot counting will continue for days or weeks.” Another Trump post that claimed an early win for the president was also labeled by Facebook with a similar statement.

Trump has since had several other tweets that Twitter has tabled as “misleading.”

Last night I was leading, often solidly, in many key States, in almost all instances Democrat run & controlled. Then, one by one, they started to magically disappear as surprise ballot dumps were counted. VERY STRANGE, and the “pollsters” got it completely & historically wrong!