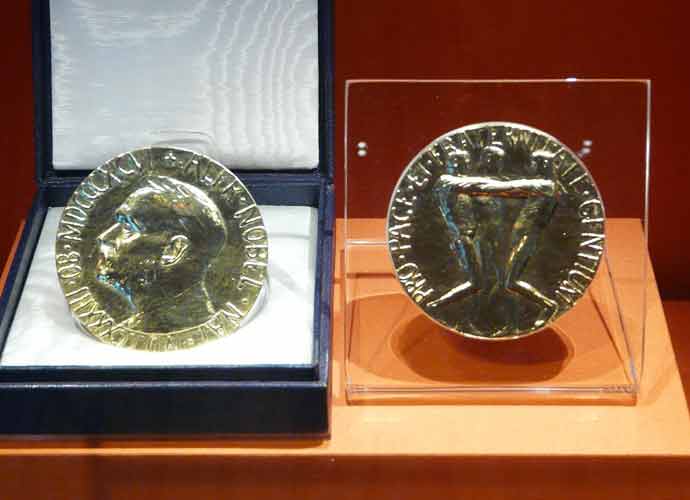 Nobel Prize medal at the Carter Museum in Atlanta

President Donald Trump was nominated Wednesday for the Nobel Peace Prize by a right wing politician, sparking a social media battle between conservatives and liberals.

The news follows Israel’s halted efforts to annex territory in the West Bank. The UAE also ended its boycott against Israel with a trade deal.

From Israel-UAE to Serbia-Kosovo, @realDonaldTrump has accomplished more for peace in the last month than President Obama did in 8 years – and Obama was nominated just *weeks* after being sworn in.

A truly deserving nomination for the Nobel Peace Prize for President Trump!

On the other side of the spectrum liberals slammed the choice with comments like, “Trump’s never ever gonna win a Nobel Prize unless they make one for the worst person on the planet.”

Trump’s never ever gonna win a Nobel Prize, unless they make one for the worst person on the planet.

Who else agrees that Trump being nominated for the Nobel Peace Prize dishonors every other person who has received one?

Nearly 300 people are nominated for the Nobel Peace Prize every year. Notably, Hitler, Stalin (twice), and Mussolini have all been nominated in the past.

Trump’s nomination is like everything else about him — something his supporters will applaud that amounts to nothing at all.

So, Trump was nominated for a Nobel by a far-right wing Norwegian who had charges of racism filed against him, who called for dissolving asylum process, & “transporting” immigrants out of Norway. Yah, no kidding he’d cheer the most racist president in decades. This is nonsense.

During an interview with Fox News, Tybring-Gjedde explained his nomination.

“For his merit, I think he has done more trying to create peace between nations than most other Peace Prize nominees.”

He also cited Trump’s “key role in facilitating contact between conflicting parties and … creating new dynamics in other protracted conflicts, such as the Kashmir border dispute between India and Pakistan, and the conflict between North and South Korea, as well as dealing with the nuclear capabilities of North Korea.”

Tybring-Gjedde, who is a member of Norway’s right-wing Progress Party, hailed the president for withdrawing troops from the Middle East. “Indeed, Trump has broken a 39-year-old streak of American Presidents either starting a war or bringing the United States into an international armed conflict,” he said. “The last president to avoid doing so was Peace Prize laureate Jimmy Carter.”

Tybring-Gjedde has nominated Trump for the Nobel Peace Prize previously.