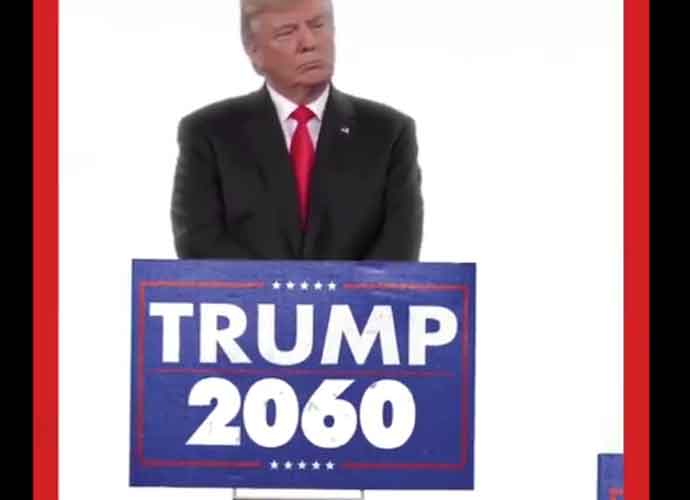 President Donald Trump crowed on Twitter after U.S. senators voted Wednesday to acquit him of the two articles of the impeachment brought against him by the Democratic House – abuse of power and obstruction of Congress.

After Trump was in the clear, he shared a video boasting of his eternal power to break precedent and run for office in perpetual terms.

No president other than Franklin D. Roosevelt has served more than two terms. The 22nd amendment, ratified in 1951, states that a person can only be elected to president two times for a total of eight years.

Roosevelt was elected for four terms, in the midst of and following the Great Depression and World War II. He died from a stroke during the start of his fourth term in 1945.

The video, which Trump has shared before, features election signs depicting the eternity of his electoral potential.

The social media share was the first public statement Trump made after the Senate held its impeachment vote in which 52 Democrats and one Republican, Sen. Mitt Romney (R-Utah), voted to convict Trump for abuse of power, and a 53-47 tally was reached to acquit Trump for obstruction of Congress.

The edited Twitter clip marches to the beat of “Peer Gynt Suite No. 1.” It features an ultra-blue yard campaign sign, which appears in a loop-style and features different presidential election years sarcastically running up until the EEEEE decimal notation inside the cover of a fake Time magazine. It ends with a taunting “Trump 4EVA” sign.

Trump often jokes during campaign rallies that he could break precedent and serve more than two terms.