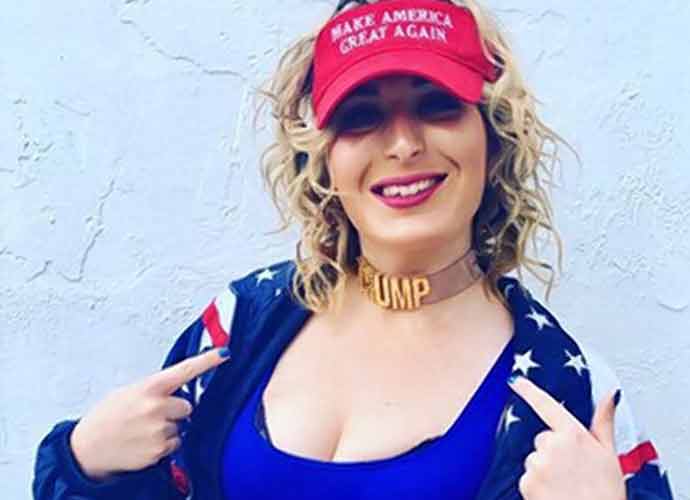 President Donald Trump congratulated Laura Loomer, a far-right anti-Muslim candidate in a tweet after her Republican primary win in a Florida House race.

“Great going Laura,” he wrote. “You have a great chance against a Pelosi puppet!” referring to Democratic incumbent Rep. Lois Frankel (D-Florida), who is currently favored to win.

Great going Laura. You have a great chance against a Pelosi puppet! https://t.co/pKZp35dUYr

Loomer has a controversial past, sharing a tweet in which she told ride-share companies she “never want[s] to support another Islamic immigrant driver,” as well as calling for “someone … to create a non Islamic form of @uber or @lyft.” The tweet resulted in her being banned from Uber and Lyft in 2017.

She posted another hateful comment on Twitter in 2018, which caused her to be banned from the social media site as well.

“Isn’t it ironic how the twitter moment used to celebrate ‘women, LGBTQ, and minorities’ is a picture of Ilhan Omar?” she wrote of the progressive Congresswoman from Minnesota. “Ilhan is pro Sharia Ilhan is pro-FGM Under Sharia, homosexuals are oppressed & killed. Women are abused & forced to wear the hijab. Ilhan is anti Jewish.”

White House Press Secretary Kayleigh McEnany previously indicated that people should not read too much into Trump’s congratulatory tweet to Loomer.

“The President routinely congratulates people who officially get the Republican nomination for Congress, so he does that as a matter of course,” she said, adding that the president does not necessarily do a “deep dive” into the candidates.