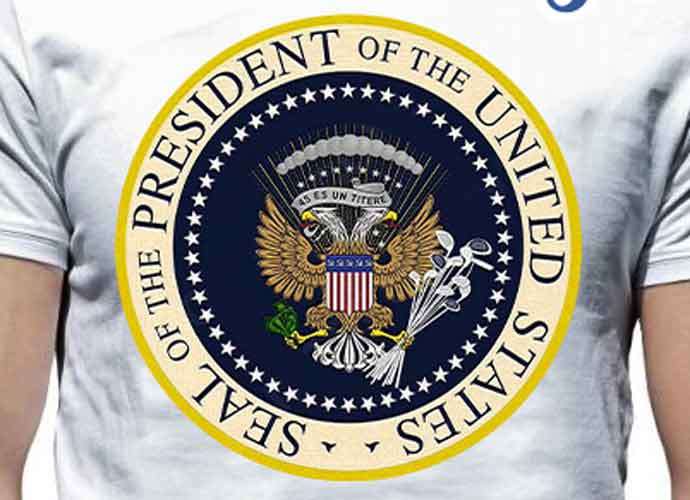 Graphic designer Charles Leazott was once a strong supporter of President Donald Trump, Now, it turns out he was responsible for creating a fake presidential seal mocking the president used at an event run by Turning Point USA, a pro-Trump youth organization.

Leazott created the seal after the 2016 election which was not widely known about until Thursday when it was shown behind the president during a speech in Washington D.C.

The seal shows a double-headed bald eagle, which some have likened to that of the Russian Federation’s coat of arms. Above the eagle is a Spanish phrase which reads “45 es un titere” or “45 is a puppet.” Both suggesting that Trump takes orders from Russian President Valdimir Putin. The seal also features golf clubs in the eagles right foot instead of the usual quiver of arrows and a wad of cash.

Leazott said the seal was created as a joke and “had no idea it would blow up like this.”

A source told The Hill that one of Turning Point’s members searched for an image of a presidential seal and did not realize “that it is a doctored seal.”

“I’ve got to be honest, I am so tickled in the most petty way possible that the president of the United States, who I despise, stood up and gave a talk in front of this graphic.” Leazott told reporters.