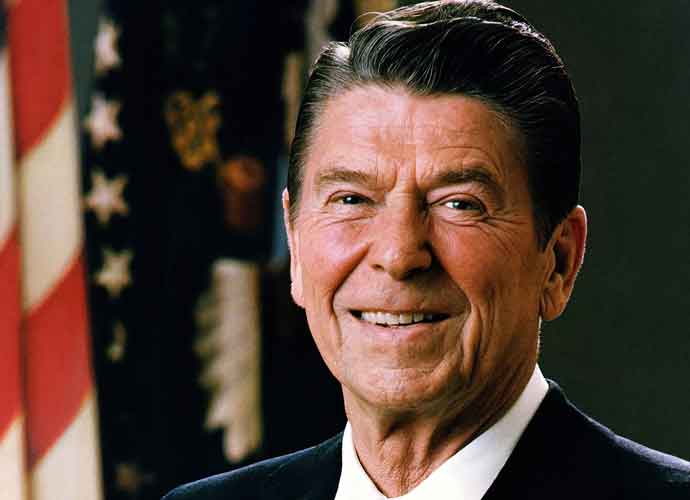 On Monday, President Donald Trump retweeted a quote from the account “Reagan Batallion,” which featured a made-up quote praising Trump over a picture of him shaking hands with President Ronald Reagan. “Cute!” wrote the president.

The post that Trump retweeted featured a photo of him and Reagan shaking hands in 1987. Superimposed over the image was the quote, “For the life of me, and I’ll never know how to explain it, when I met that young man, I felt like I was the one shaking hands with the president.” The original tweet was captioned, “Dear weak Conservatives, never forget that you are no match for ‘we the people,’ and our president.”

The president just tweeted an imaginary Ronald Reagan quote about him. https://t.co/MTCtzvUbog pic.twitter.com/7DLBRH44DB

According to the fact-checking site Snopes, the quote, which had been circulating since 2016, was false. “We found no record of the former President’s uttering the phrase,” wrote the site.

Trump has previously used his account to promote misinformation. In 2017 he shared a video from an alt-right British group that purportedly showed a Muslim immigrant beating up a Dutch boy. In reality, the assailant was born and raised in the Netherlands as well.

In 2018 the president retweeted a claim from conservative Charlie Kirk that French street protestors were chanting, “We want Trump.” In reality, those protestors were gathered in England and were English speaking citizens.