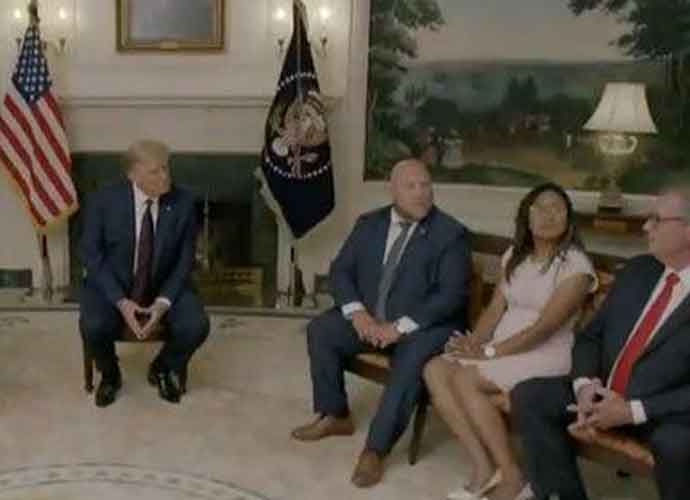 President Donald Trump on Monday night praised Turkish President Recep Tayyip Erdoğan during the Republican National Convention in front of six American freed hostages, including Andrew Brunson, an American pastor who had been held hostage in Turkey in 2016.

Brunson initially thanked Trump for his effort to release him. “I think if you hadn’t done that, I may still be in Turkey,” Brunson said.

In response, Trump acknowledged that Brunson was an innocent American who was wrongfully prisoned. However, Trump refused to criticize Erdogan and even praised him for putting an effort together to release Brunson.

“I have to say that, to me, President Erdoğan was very good,” Trump said. “And I know they had you [Brunson] scheduled for a long time, and you were a very innocent person, and he ultimately, after we had a few conversations, he agreed. So we appreciate that, and we appreciate the people of Turkey.”

Erdoğan is the authoritarian leader of Turkey whom Trump has frequently praised along with other strongmen of his kind like a Russian President Vladimir Putin.

Brunson was detained in Turkey from 2016 to 2018 for alleged association with the Kurdistan Workers’ Party and Fethullahist Terror Organization, which government suspects are behind the country’s failed coup in 2016.