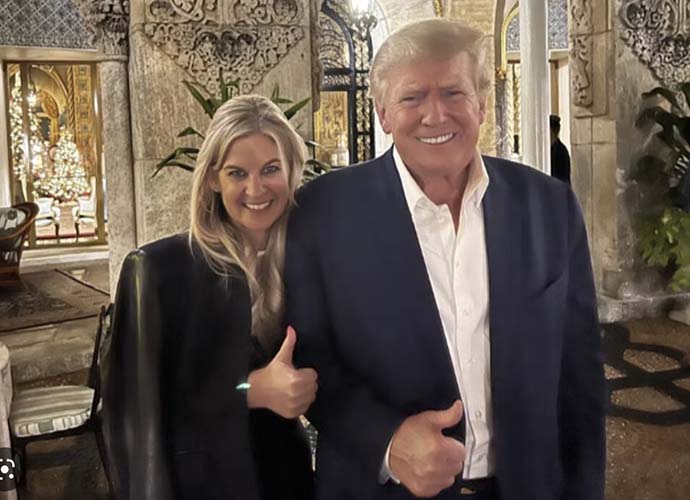 Former President Donald Trump posed for photos with conspiracy theorist Liz Crokin, a new episode that raises questions about his relationship with extremist members of the far right.

Crokin, an adherent of conspiracy theories such as QAnon and “Pizzagate,” posted photos with Trump on her Truth Social account after an event on Tuesday at the Mar-a-Lago estate in Florida.

The former president made a surprise appearance at the event promoted by the right-wing organization America’s Future.

“You are incredible people, you are doing unbelievable work, and we just appreciate you being here and we hope you’re going to be back,” Trump said to the crowd, according to a video of his speech.

Crokin wrote that the event was dedicated to discussing child trafficking, including the “Pizzagate” — a conspiracy theory that falsely claims Democrats were running a child-sex trafficking operation at a pizza shop in Washington, D.C.

The encounter raised critics by prominent Republicans as Trump works to build support for his new bid for the White House in 2024. Former Vice President Mike Pence said Trump should apologize for giving extremists a seat on the table.