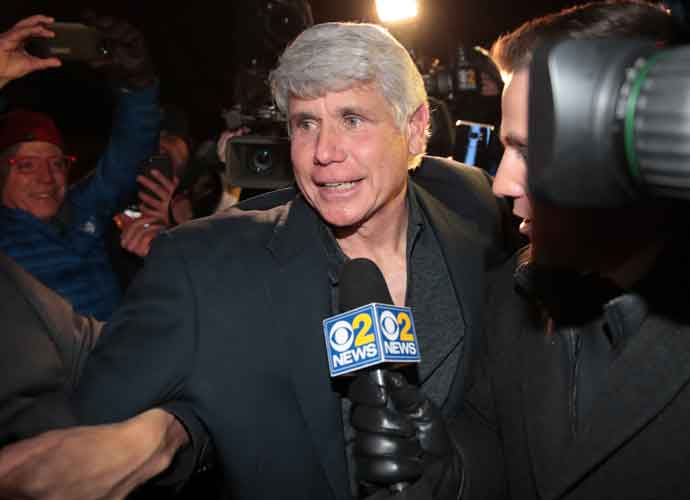 President Donald Trump commuted the sentence of former Illinois Gov. Rod Blagojevich, effectively ending the 14-year sentence he had been serving for soliciting bribes in exchange for political appointments, including for the Senate seat that became vacant when Barack Obama became president.

Blagojevich, a Democrat and former contestant on Trump’s old television show The Celebrity Apprentice, had been serving his time for the 17 federal charges he was convicted unanimously of in a Colorado federal prison. He walked out a free man late Tuesday and flew back to Chicago.

“He didn’t have to do this, he’s a Republican president and I was a Democratic governor. I’ll have a lot more to say tomorrow.” Blagojevich told Chicago television station WGN-TV at the Denver airport on his way to Chicago.

When he arrived, he said to the station: “I didn’t do the things they said I did.”

Trump told reporters that his sentence was “ridiculous” and that eight years in prison is a long time.

He continued, “He’ll be able to go home to his family after serving eight years in jail, that was a tremendously powerful, ridiculous sentence in my opinion.”

JUST IN: Pres. Trump says he has commuted former Illinois Gov. Rod Blagojevich’s sentence, calling it a “tremendously powerful, ridiculous sentence,” and claiming “it was a prosecution by the same people, Comey, Fitzpatrick, the same group.” https://t.co/HH71d2cc41 pic.twitter.com/03011c270V

“President Trump has abused his pardon power in inexplicable ways to reward his friends and condone corruption, and I deeply believe this pardon sends the wrong message at the wrong time,” Pritzker wrote.

President Trump has abused his pardon power in inexplicable ways to reward his friends and condone corruption, and I deeply believe this pardon sends the wrong message at the wrong time.

He added in a second tweet, “I’m committed to continuing to take clear and decisive steps this spring to prevent politicians from using their offices for personal gain, and I will continue to approach this work with that firm conviction.”