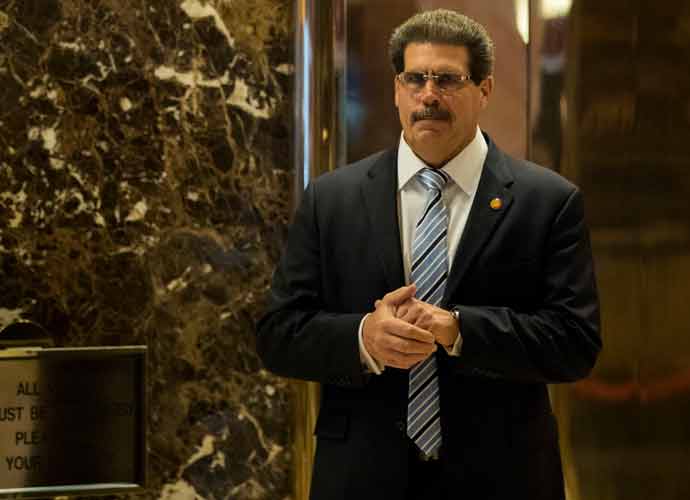 NEW YORK, NY - JANUARY 12: Matthew Calamari, an executive vice president with the Trump Organization, stands in the lobby at Trump Tower, January 12, 2017 in New York City. On Wednesday morning, Trump and his transition team are continuing the process of filling cabinet and other high level positions for the new administration. (Photo by Drew Angerer/Getty Images)

Although he hasn’t been accused of any wrongdoing, Calamari has become a central figure of interest during the ongoing investigation into whether the Trump Organization has been lying on its taxes, loan applications and insurance claims.

Calamari has been with Trump since 1981 and started as his bodyguard. He worked his way up the ranks, eventually becoming an important member of the Trump Organization. During his divorce in 2018, Calamari admitted to not paying rent in his Trump Tower apartment. “It was a corporate apartment, so we didn’t have rent,” he said. The Wall Street Journal, which investigated the claim, stated: “Receiving benefits — such as free apartments, subsidized rent or car leases — from an employer, and not paying taxes on such benefits, can be a crime, although experts said prosecutors rarely bring cases on such perks alone.”

Calamari has reportedly hired Nicholas Gravante Jr. as his lawyer, despite not having been charged by D.A.’s office.

Vance has convened a grand jury, signaling that charges will be imminent.