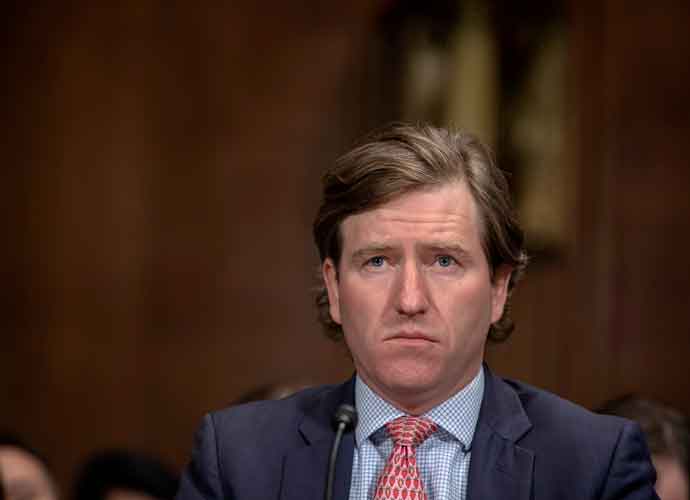 WASHINGTON, DC - MAY 14: Christopher C. Krebs, director of the Homeland Security Department's Cybersecurity and Infrastructure Security Agency speaks before the Senate Judiciary Committee on May 14, 2019 in Washington, DC. In a paper titled “A Formal Analysis of 5G Authentication,” researchers from ETH Zurich, the University of Lorraine and the University of Dundee warned that 5G could usher in a new era of security threats.

On Tuesday, President Donald Trump announced on Twitter that he had fired the director of the Department of Homeland Security’s Cybersecurity and Infrastructure Security Agency (CISA), Christopher Krebs.

Krebs, who has been in the position since 2018, and his agency have been studying the 2020 election to determine if claims of voter fraud were true. After Krebs and CISA concluded that the election “was the most secure in American history,” Trump fired, him, and said his research was “highly inaccurate.”

The recent statement by Chris Krebs on the security of the 2020 Election was highly inaccurate, in that there were massive improprieties and fraud – including dead people voting, Poll Watchers not allowed into polling locations, “glitches” in the voting machines which changed…

Trump dismissed one of the few employees he had that had support from across the aisle.

“President Trump is retaliating against Director Krebs and other officials who did their duty,” said House Intelligence Chair Adam Schiff (D-California). “It’s pathetic, but sadly predictable that upholding and protecting our democratic processes would be cause for firing,” echoing the disapproval many had when Trump fired Defense Secretary Mark Esper after the two had multiple disagreements, just after the election.

Former Senate Intelligence Chair Richard Burr (R-North Carolina) was one of a few Republicans to commend Krebs. Although he didn’t criticize the president’s decision to fire him, he stated that Krebs was “a dedicated public servant who has done a remarkable job during a challenging time.”

Krebs shared on his personal Twitter account after his termination that he was “Honored to serve” in his position, with the hashtag, “Protect2020.”

Honored to serve. We did it right. Defend Today, Secure Tomrorow. #Protect2020

Krebs will be remembered in the government as a vital public servant during the 2018 and 2020 elections. When concerns of Russian hackers infiltrating the election were rampant, Krebs and his department were in charge of ensuring that the American election system was improved for 2020.

“Chris Krebs should be commended for his service in protecting our elections, not fired for telling the truth,” stated Michael Gwin, a spokesperson for President-elect Joe Biden.