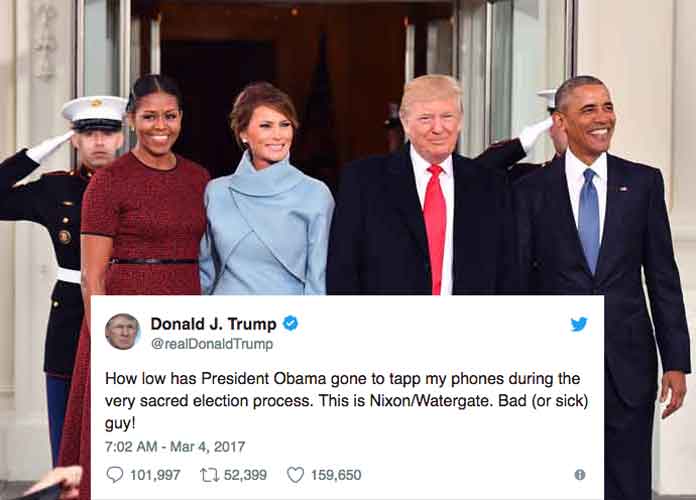 Trumps with the Obamas

A long tradition of first-term presidents unveiling an official portrait of their immediate predecessor at the White House will likely not occur during President Donald Trump’s term, as animosity between him and former President Barack Obama continues to escalate.

An administration official told NBC there have been some discussions between the administration and Obama’s team to hang the portrait, but nothing was ever put on the calendar.

Traditionally, first-term presidents will unveil a portrait in the White House East Room of their predecessor, regardless of political party. Obama hosted George W. Bush in 2012; Bush hosted Bill Clinton in 2004; Clinton hosted George H.W. Bush in 1995; and the elder Bush hosted Ronald Reagan in 1989. However, with Trump accusing Obama of unsubstantiated crimes in what he dubbed “Obamagate,” the political rivals generally avoid contact.

The two have only met once since Inauguration Day, during the funeral for former President George H.W. Bush in December 2018. Their only interaction was shaking hands.

As Trump battles Obama’s former Vice President Joe Biden in the general election, the tensions are likely only to increase. It is not clear if Trump would hold the portrait unveiling if he was elected for a second term.