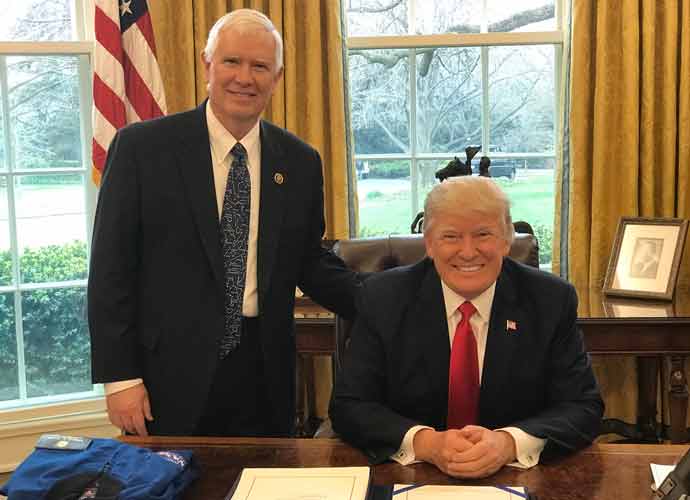 Former President Donald Trump released a statement on Wednesday endorsing long-time ally Sen. Mo Brooks for his upcoming 2022 race. Brooks will be facing off against Lynda Blanchard who served as ambassador to Slovenia under Trump.

Both Brooks and Blanchard vied for Trump’s endorsement, with Blanchard promoting herself a “proud member of the MAGA movement” in a campaign ad aired in Alabama last month. Brooks, however, is a staunch Trump loyalist who both objected to the certification of the electoral college results of the 2020 presidential election and spoke alongside Trump during the former president’s address to the mob that would soon after storm the Capitol building on January 6.

“Few Republicans have as much COURAGE and FIGHT as Alabama Congressman Mo Brooks,” Trump wrote in his statement, then calling Brooks “a great Conservative Republican leader, who will stand up for America First no matter what obstacles the Fake News Media, RINOs, or Socialist Democrats may place in his path.”

Blanchard has since indicated she has no intention of dropping out of the race. In a statement Wednesday, Blanchard wrote she is “steadfast in my commitment to this race, to the people of Alabama and in my support of President Donald J. Trump.”

“I have been unwavering in my support of President Trump since the day he came down the escalator in June 2015. He is the greatest president of my lifetime, and I intend to go to Washington as the United States Senator from Alabama to represent the America First agenda that President Trump championed every day,” Blanchard continued.